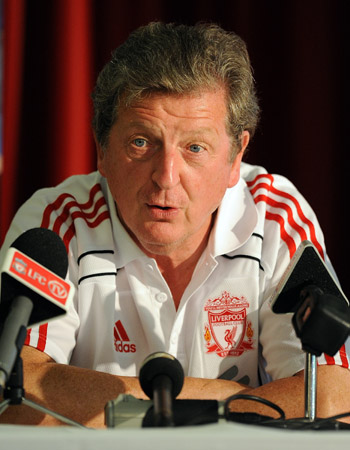 Roy's first game in charge...
It's back! The football season is back! Praise the lord. The minute the World Cup ended all i wanted to see was Reina back in that goal! Of course tomorrow's team probably won't feature many of the regular faces, some are still on holiday/injuries etc but it will give us a chance to see Roy Hodgson's style and i am hoping to catch a bit of Milan Jovanovic too.
Al Hilal are a Saudi Arabian side, relatively unknown to the footballing world. So what do we know about them?...
Well they hold the most trophies out of all the Saudi Arabian teams. Their captain "Deayea" holds the world record for most international appearances. The team was formally known as Olympic Club but received a name change in 1958.
Eric Gerets middle name "Maria" (don't laugh!) was their manager. The former Belgian defender however has very recently taken a move to Morocco leaving Al Hilal in an awkward situation.
So with those few rather useless pieces of information i am afraid that until we start to play more familiar opposition, is what the previews will be like. Usually i would comment on how i think we'd do, maybe predict their style of play etc etc but i just can't, i have no idea who or what to expect.
So stick with me! Things will pick up again, i'll be back to my old ranting, moaning self after the Arsenal game. But until then enjoy Liverpool's first game as much as you can. It does all seem less exciting what with the current situation surrounding the club.
What makes it worse is that playing somewhere like Saudi Arabia would usually be a great chance to publicize the club, but the thought of more Saudi's purchasing official merchandise and helping out Parasite A & Parasite B upstairs really makes my stomach churn.
Al Hilal Hodgson's First Game Milan Jovanovic
Follow @lfckirstylfc
FcTables.com
FcTables.com