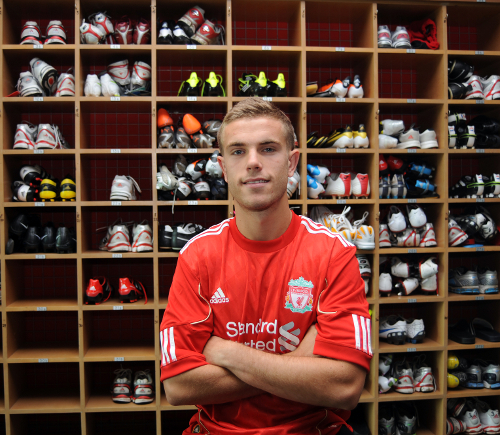 Pick yer boots...
Liverpool completed the signing of Jordan Henderson yesterday after a week or so of him being top of the rumours list it appeared to be a battle of wits settling on a price. Eventually the brains of the club managed to agree a fee with Sunderland and the young prospect is now a Liverpool player after passing a medical.

Believed to be in the region of £16million plus Ngog i feel that was some good business from Comolli. Perhaps a bit more than i would have liked to see us pay but especially when concerning English players, this is the way the window is at the moment.

I wish David Ngog the best of luck and think he could thrive at a club like Sunderland, along with their problems up front lately he could be just what they're looking for. He scored the first Liverpool goal i ever saw live so I'll certainly never forget him! Haha.

Captain Steven Gerrard seems happy with the latest signing describing the ex Sunderland man as "... a good player with energy." With Henderson's position Gerrard is also aware that the club is beginning the process of finding "the next Steven Gerrard" it's great to see the club building and not just throwing cash around, they appear to be aiming for players who can grow with the club, which i like.

There's no doubt this lad has potential, i just hope that he can get a quick hold in training and prove himself within the starting eleven. I have high hopes.

Next up i feel is the signing of a natural winger, something i think we've craved for a few seasons now. Juan Mata seems like it could be a realistic option and with his left foot i think he'd be great for Liverpool.