Reds Need To Get Back On Track 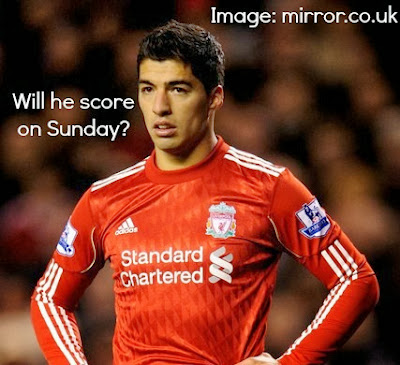 Liverpool travel to Sunderland on Sunday with their tails slightly between their legs. An undeserved loss against United in the league cup has knocked their confidence but the poor performance against Southampton is what has most fans worrying. Luckily for the Reds Suarez is well and truly back and he will no doubt boost the side's overall display.

There are no new injury worries for Liverpool and Daniel Agger looks as though he may be able to start if Rodgers decides to field him. For Sunderland I have conflicting information, some websites are saying Fletcher is their only player out whereas physio room says also out are ex red man Dossena, Bardsley and Brown. It also says they have doubts hanging over the fitness of Celustka and John O'Shea. Make of that what you will but Steven Fletcher is probably the biggest loss there anyway.

Along with their injury woes, Sunderland also find themselves stone dead last in the Premier League table with just one point collected under manager Di Canio who has since left the building. I must admit I was annoyed of two parts about Di Canio's departure, one because he's absolutely mental and adds entertainment to the league and two because I figured we'd be destined to get all three points with him still in charge. But strangely now he's left I think a managerless Sunderland pose a bit of an unknown threat.

Sunderland's last three games in the league have ended in a loss whilst Liverpool have a win a draw and a loss. Sunderland though did manage to get their only point of the season so far against Southampton, which is more than Liverpool can say...

This time, thankfully we have a stat sandwich! I'm sure you missed it... haha

So I asked you on Twitter (@_TheLiverBird) to send me in your predictions for this game and here are two of the replies that I received: 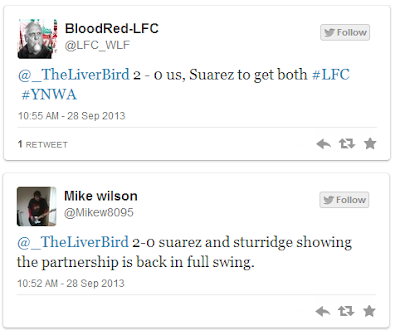 I must admit I have to agree on the Suarez front, I think he'll find his first goal after his ban on Sunday and I also think the Reds will get things back on track with another clean sheet, my prediction is 1-0 to Liverpool.