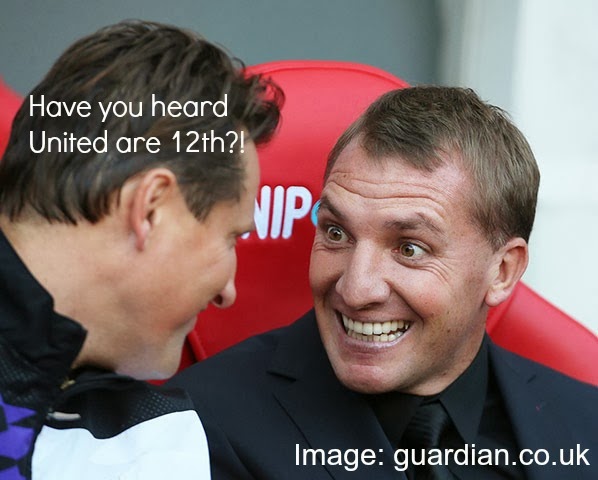 Yes, it was the magic of Daniel Sturridge and Luis Suarez (and a bit of an arm) that safely saw Liverpool collect all three points on Sunday as managerless Sunderland could only create one goal via Italian Giaccherini.

Temporary boss Kevin Ball had made no changes to the Sunderland side from their league cup outing and it was the black cats that had the more positive start initially. As often happens when a team are looking to shake off their old manager and prove themselves to any new contenders, Sunderland were very confident to begin with and maintained a lot of possession.

Giaccherini as always was causing the defence some problems and without Steven Fletcher, Sunderland were perhaps missing that final product however, they did sustain pressure for a good 15 minutes or so. After failing to find the back of the net though Sunderland slowly allowed Liverpool back into the game.

Rodgers had gone for a similar set up in comparison to the Manchester United game. We had three at the back once again with Moses directly behind the strikers. I quite like this formation to be honest but I can't help but feel it would work better with Glen Johnson in Jordan Henderson's spot, both him and Enrique on the flanks could cause some havoc. That's not to say I haven't been happy with Henderson either.

Just before the half hour mark Liverpool had put themselves on the score sheet. A corner from Steven Gerrard found its way to Daniel Sturridge who literally flung himself at the ball, with no appeals from the Sunderland players and nothing from the linesman or referee it appeared there was nothing wrong with the goal but a closer look at replays and a very honest post match interview from Sturridge later revealed that it did make contact with his arm. Perhaps Sunderland were unlucky here and maybe if you're being very optimistic, they could have still been in the game but at this stage Liverpool had really begun to apply the pressure and also, it's quite key that none of the Sunderland players appealed, they obviously didn't feel anything was wrong with the goal. Sometimes you just get the decision I suppose.

With Liverpool now ahead, the lads began to relax a bit more. All eyes were now on Luis Suarez who was making his first appearance in the Premier League since his now infamous 10 match ban. Just five minutes after the Sturridge goal, it was himself who was setting up our Uruguayan magician.

A quick move from Sturridge allowed him to play a ball straight across goal to Luis Suarez who easily slid home Liverpool's second goal of the day. His celebration saw him reveal a shirt in honour of his new born child and then he was nearly slide tackled to death by a clumsy Steven Gerrard...

For the remainder of the first half Liverpool dealt well with any resulting Sunderland attacks and also made sure their goalkeeper was kept alert. One thing I've began to notice especially after watching Sunday's game is that Sakho isn't necessarily neat and tidy with his defensive play but he seems to get the job done and at the moment that's fine with me!

Early in the second half Sunderland managed to capitalise on a bright spell similar to their first half start. The Italian Emanuele Giaccherini put his side back into the game. An original long distance effort from Ki for Sunderland was parried away by Simon Mignolet but Giaccherini was ready to pounce and with his left foot sent the ball into the back of the net for the home side.

Very shortly after Sunderland's goal, they once again called Simon Mignolet into action, thankfully the Belgian made a fantastic save to deny Gardener and Liverpool remained in contention for all three points. It was definitely beginning to feel like the Reds would need a third goal though to really secure this result.

At 75 minutes Liverpool introduced Raheem Sterling into the game, he replaced the on loan Victor Moses. Shortly after this, Lucas Leiva was the talking point after he picked up his 5th yellow card of the season already, meaning he will miss the game against Crystal Palace.

With 15 minutes left to go, this match still looked like it could go either way, Sunderland were making breaks and threatening to level the game up but Liverpool were also determined not to falter again in the league. They had a chance to put themselves second after some hilarious results for Manchester this weekend and there wasn't a cat in hell's chance that the Reds were going to give this one up!

At 88 minutes, who other but Luis Suarez ensured that victory was for Liverpool. Another assist from the brilliant Daniel Sturridge allowed Suarez to once again easily slip the ball into the back of the net and secure the Reds' three points.

It was a fantastic performance from the nicknamed SAS and although Liverpool had to weather some storms in the game I think they showed character to see this game out and thank god they didn't slip up! Brendan Rodgers has his side in 2nd place with Crystal Palace at home next, a set up any manager would be jealous of!

(P.s. there are no tweets in today's post because I didn't receive a brilliant response as I wasn't able to request tweets on the match as often due to being at Uni all day. If you want your tweets featured in a match preview or report, keep your eyes peeled on @_TheLiverBird's twitter feed for requests for score predictions and thoughts on the game!)

Please support The Liver Bird and vote for it as best #Female football blog, just click below and tweet!