Reds On For A Winner Against West Ham 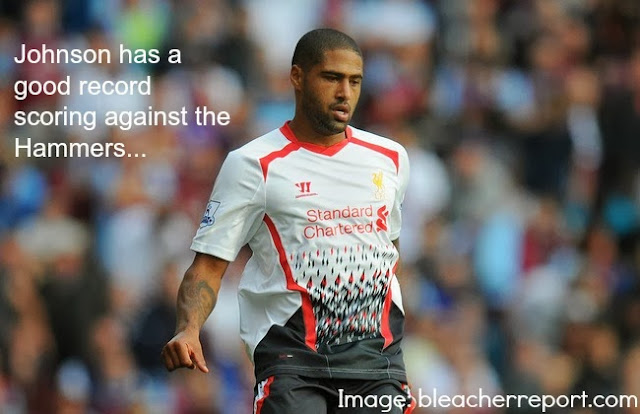 After a brilliant if somewhat solo performance from Liverpool and Luis Suarez against Norwich midweek, the Reds will be looking to continue their streak against West Ham at home this Saturday. This is certainly the kinder half of December for Liverpool and so fans will be hoping for more of the same and another three points wrapped up this weekend.

Injuries for Liverpool are still the same with Enrique, Coates and Sturridge all out long term. For West Ham they have a few injury problems to contend with. Still out are Vaz Te and Carroll and midfielder Ravel Morrison will be unable to feature as he is serving a one match ban.

The last time the two sides met was in April earlier this year. The game ended 0-0 in a relatively quiet game. A 3-2 win for Liverpool in December 2012 was slightly more exciting though, on that day the three Red men scoring were also ex Hammers; Glen Johnson, Jonjo Shelvey and Joe Cole.

The last win for West Ham in the fixture came in February when they won 3-1 at Upton Park. Interestingly, three goals seem to have a significance for Liverpool in this fixture, the Reds have put three past West Ham in five out of their last seven meetings. West Ham have only won once in that time in the game mentioned above.

I'm feeling confident about this result, the scoreline against Norwich will have done us the world of good and I definitely fancy Suarez grabbing another goal at least on Saturday. The defence also (if Brendan sticks to his decision) made me a lot happier against Norwich and so I feel they will be able to deal with any threat posed by West Ham at Anfield.

With the home crowd behind them this should be a nice win for Liverpool and if I get chance to pop a quid on tomorrow I'm going to go with the stats about us scoring three goals and pop a quid on 3-0!