Leaky Defence But Attack Too Strong For Swansea 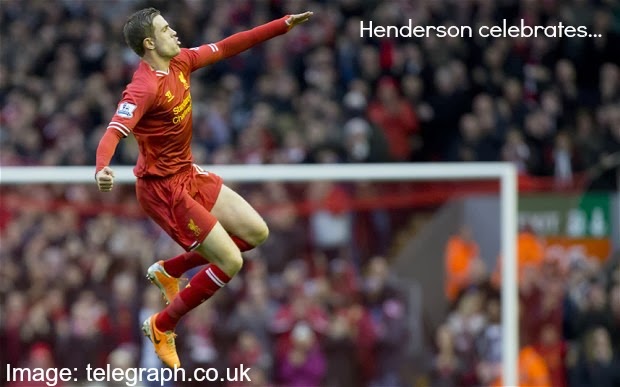 Liverpool are renown for failing to make things easy for themselves but Sunday's performance against Swansea at Anfield was just taking the biscuit. In a game that saw the Reds lead 1-0, 2-1, 3-2 and finally 4-3 it was a bit too much to take for the Kopites present who were left wondering why their defence had leaked so freely. Vitally though Liverpool collected all three points to keep the pressure on the top of the table.

Brendan Rodgers made two changes to his Liverpool side with Glen Johnson and Daniel Agger coming into the XI replacing Cissokho and Toure.

The game couldn't have started much better for the Reds who were on the score sheet after just three minutes. A lovely ball from Raheem Sterling set Sturridge on his way, the forward then took the ball around the keeper and finished with ease to put Liverpool ahead. The goal was also a milestone for Sturridge who now levels a Ruud Van Nistolrooy record being the only player(s) to score in 8 consecutive league games.

Liverpool kept on the pressure after scoring so early with Raheem Sterling forcing Vorm into action soon after our first goal. Shortly afterwards the Reds were on the attack again, this time via Daniel Sturridge who passed to Jordan Henderson hovering outside the box. His resulting shot ended with a quality goal, placed very well and the Reds were now two in front.

Just as Liverpool felt they had a bit of breathing space though, ex Anfield man Jonjo Shelvey popped up with a right cracker. A stinging shot from outside the box flew all the way into the top right corner and whilst Jonjo didn't wish to celebrate the Liverpool fans applauded his efforts. Swansea were now well and truly back in the game.

Three minutes after their goal Swansea found themselves with a free kick in a dangerous area after a challenge from Martin Skrtel. De Guzman took the free kick for Swansea and after a battle in the box the goal was awarded to Swansea's Bony however the last touch came off Martin Skrtel.

This really was a fantastic game for the neutral, goals left right and centre and no side showing any sign of stopping. For Liverpool though this was becoming a problem, the Reds simply had to collect all three points after the results from the sides above them.

Ten minutes after the Swansea equaliser and it was Liverpool's turn once again. Some strong build up play from the Reds eventually led to Suarez receiving the ball on the left of the box, his beautifully chipped ball then found its way to Daniel Sturridge who headed home to put Liverpool back in front.

It was easy to assume that the second half should be a calmer affair after both sides had received their team talks but it was nothing of the sort! Just two minutes in and referee Michael Jones had awarded a penalty to Swansea.

Skrtel and Bony were tussling slightly in the box but in my opinion the penalty decision was harsh, however I do feel Skrtel has had this coming, he plays a risky game in the box sometimes, hands all over people and sometimes on the wrong side of the player, this doesn't make the decision right of course but hopefully it'll encourage Skrtel to be a bit more cautious in future fixtures.

Bony calmly put his spot kick to the right of Mignolet and once again Swansea were right back in the game with plenty of time left to cause an upset.

At this stage it would have been very easy for Liverpool to panic or for the manager to make some snap decisions. In seasons gone by I feel this is the path we would of taken but on Sunday we showed maturity and confidence and kept on going, after all it doesn't matter how you do it, just get the three points.

In the early period after the Swansea penalty, the away side complied some strong and almost productive pressure but the Reds managed to see out the storm and followed with some pressure of their own. A lovely through ball from Daniel Sturridge to Luis Suarez at one stage saw the Uruguayan bring Vorm into action. Shortly afterwards there was a skillful turn from Sturridge but his resulting effort was off target.

At 73 minutes though Liverpool found their winner. A classic long range pass from Steven Gerrard made its way perfectly to Luis Suarez, his shot was blocked by the defender but Jordan Henderson was there to follow up and eventually he'd put the ball in the back of the net. Liverpool had taken the lead... again.

A late chance from Gerrard that came back out off the post spelt the end for the Reds who were thankful I should imagine to have finally left the field but with the win.

Our defence has been chopped and changed all season and in fairness I do feel this is a good enough reason to explain some of the obvious faults. However Skrtel and Agger for me are our best options and they weren't up to scratch on Sunday, the back four as a unit just isn't quite there and in games like this you get well and truly punished. The plus for Liverpool of course is that they have an immense attacking force and for the time being that is all that matters, in my opinion it is a hell of a lot easier to work on and perfect a defence than it is to work on and create a strike force like ours.

I asked for your thoughts on the match on Twitter and here are a few of the tweets I received.