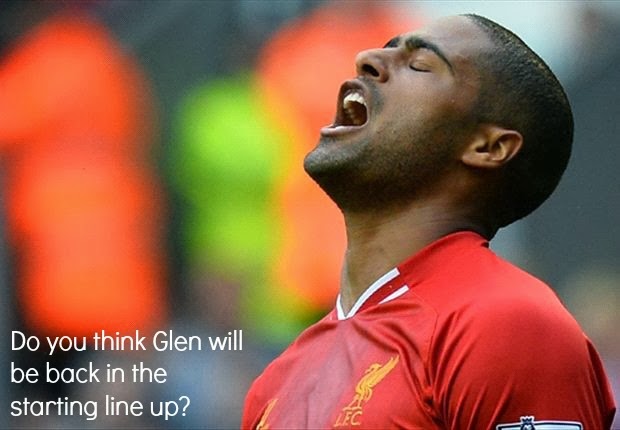 Brendan Rodgers welcomes his old side Swansea to Anfield on Sunday as Liverpool look to put their loss in the FA Cup behind them and make a real challenge in the league. With Gary Monk now in the hot seat for the Welsh side it will be interesting to see what he can bring to this fixture.

An injury update from Rodgers on Friday made unpleasant hearing for some Liverpool fans as it was announced Jose Enrique had been to America to see a specialist about his knee injury and could potentially be out for the rest of the season. On the plus side Glen Johnson is back for the Reds but Lucas and Sakho are both still unavailable.

For Swansea they are unable to call upon Michu who has an ankle injury but Jonjo Shelvey came back for the side to feature against Napoli in the Europa League.

Swansea currently find themselves 10th in the league. Current form for the Swans has been a bit hit and miss, they managed to hold Napoli to a draw in the week but in the league they have lost three out of their last six, drawn one and won two.

Liverpool are currently sitting in 4th and they haven't lost any of their last six league games. They did of course lose to Arsenal in the FA Cup last weekend however. The Reds find themselves just four points off Chelsea who are top of the table and so there is a massive incentive for a win on Sunday for the Reds.

The last time the two sides met was in September last year. The game ended in a 2-2 draw with goals from Daniel Sturridge and Victor Moses for Liverpool.

Swansea's last trip to Anfield wasn't much fun on their part though after Liverpool put five goals past them. Swansea have however notched up a win quite recently at Anfield when they beat us in the League Cup in October 2012. That game ended 3-1.

I have to admit I've not seen much of Swansea this season but in my opinion they don't look as threatening as they have been in previous seasons. I think they'll create some problems for us but on paper for me, Liverpool should have this in the bag.

We certainly need the win as well, with the league the only thing left to focus on Liverpool must fight in the race that nobody can deny they are currently a part of. Anything can happen and the Reds need to make sure they are well and truly in the mix.

I don't think I'm gonna be putting any money on an outcome tomorrow but I quite fancy a 3-1 win with Daniel Sturridge on the score sheet.

I asked you on Twitter for your score predictions and here are a few of the tweets I received. (I'm pretty sure somebody is getting a bit too excited as well with their prediction haha!)