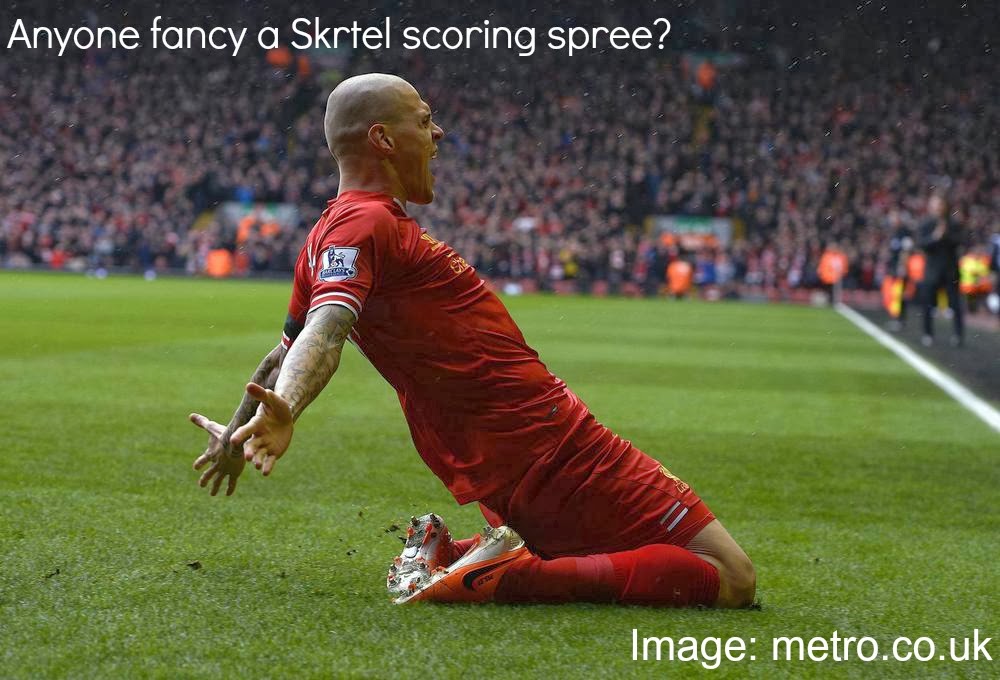 Liverpool travel to London on Wednesday evening as they prepare to face the league's bottom side, Fulham. The Reds are on a real high after completely battering Arsenal but the feat will be pointless if they can't get the better of the Cottagers who had a good weekend themselves after gaining a draw at Manchester United in the last minute of the game hahahahaha! *cough* sorry.

Injuries for Liverpool leave them in a similar situation to the weekend with long term absentees Johnson, Lucas, Agger, Sakho and Enrique all still unavailable. For Fulham are in a strong position with Etheridge and Briggs being the only missing members.

Fulham currently find themselves stone dead last in the table but they are only four points shy of an escape, with things so tight at the bottom of the table the Londoners will be desperate to grab as many points as they can. Form for Fulham has not been very positive of late with just one win and one draw from six games propping up a string of four losses.

For Liverpool they are currently going steady in 4th with a three point cushion keeping Spurs at bay below them for the time being. The Reds now though have their sights firmly set ahead of them as they remain six points off top, five points off Arsenal and four points off Manchester City.

The last time the two sides met was in November last year when Liverpool won 4-0 at Anfield. The last trip to Fulham was also good for Liverpool who won 3-0 after a Daniel Sturridge hat trick. Fulham's last win against the Reds came in May 2012 after Martin Skrtel netted an own goal.

I would usually have a stat sandwich for you here but I've had to complete this preview a bit early this week and so all the current stats available are a bit naff! Apologies.

I'm deffo going to be popping a quid on Skrtel anytime again tomorrow after my winnings this weekend, although to be fair his odds may have been cut so I might have to reassess. I must admit I'm feeling a bit nervous about this game, this is exactly the type of game where Liverpool slip up and whilst technically we all know it should be a walk in the park, it probably won't be.

Enjoy the match folks and don't forget to tweet me your thoughts on the game after the match, whatever the result!
Fulham Liverpool match preview Premier League
Follow @lfckirstylfc
FcTables.com
FcTables.com