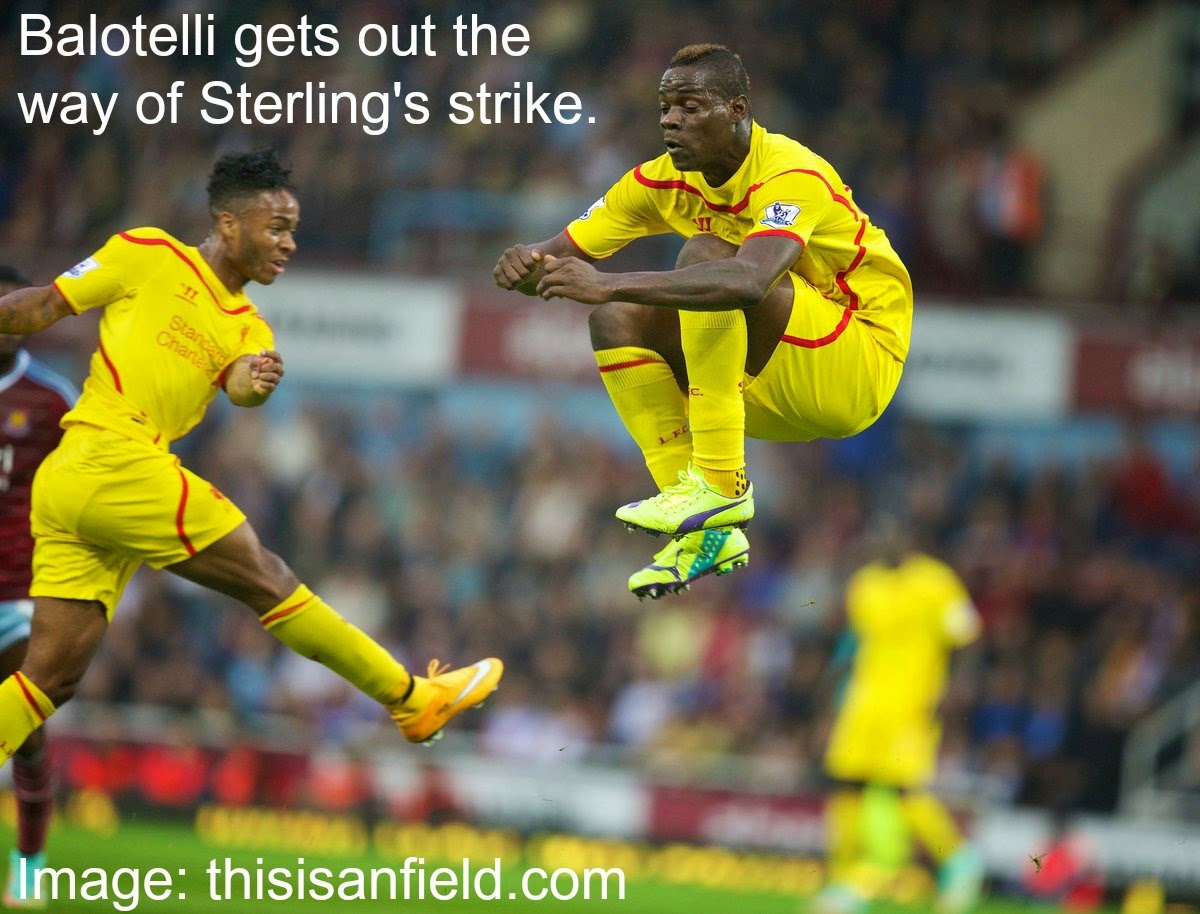 Liverpool fell to a 3-1 defeat at the hands of Sam Allardyce's West Ham team on Saturday after a ruthless start from the home side. The Reds barely had chance to compose themselves before the Hammers found the back of the net and things quickly went from bad to worse for Brendan Rodgers' side.

It took just over a minute for West Ham to get the game underway. A free kick from ex Red Stewart Downing was whipped into the box. Tomkins at the far post headed it back across goal and Winston Reid with another header from close range put the home side in front.

The Liverpool defence were all over the place. It's not a recent problem either but with the reintroduction of Martin Skrtel it was hoped he would add some stability however it was clear this new back four were still learning how to work together.

Five minutes later and West Ham were at it again. After Liverpool lost possession in midfield the Hammers broke quickly. An assist from Mark Noble allowed Diafra Sakho to have a pop at goal. It initially looked as though he was aiming for a cross but after spotting the goalkeeper's position Sakho sent his effort all the way into goal leaving Liverpool dumbstruck once again.

The Reds were well and truly flustered now, struggling to create any moves of any real purpose they shrivelled under West Ham's relentless attack. Attempts from Cresswell and Valencia caused more havoc for Liverpool but the Reds managed to keep the danger out.

All of this and we were only 15 minutes in!

At 16 minutes some handbags occurred between Balotelli and Adrian. The goalkeeper felt hard done by after being bundled over by Balotelli but there was hardly anything in it. Adrian's reaction to crouch over Balotelli and scream in his face was completely over the top but I was just thankful that Balotelli didn't rise to the bait. Adrian was clearly a fuse waiting to go off with Mark Noble attempting to calm him down.

At 20 minutes Brendan Rodgers decided he needed to make a substitution. Manquillo came off for Mamadou Sakho. This was obviously a move to protect Liverpool as too much action was coming down that flank but forgive me for not feeling 100% confident when Sakho was introduced.

Sakho is an ok defender but unfortunately he's just average. We don't really have a star defender at the moment in my opinion. Hopefully with time that will change.

At 25 minutes, Liverpool finally created a real chance. A ball from Henderson into the box was beautifully controlled by Mario Balotelli who brought the ball down, turned and shot with power, his effort crashed out off Cresswell but fell to a free Raheem Sterling who with a sweet strike put Liverpool back into the game.

The Reds had scored but they still couldn't grasp a hold of the game. West Ham on another quick break played through Kouyate, an alert Alberto Moreno was thankfully present to ease the trouble but he was then scissor chopped to the floor by the West Ham player.

Enner Valencia made a real impression on the game for West Ham and late in the first half caused trouble for an already anxious Simon Mignolet.

After a whirlwind of a first half, Liverpool opted to replace Lucas Leiva with Adam Lallana for the second. Those who regularly read my blogs or tweets will know that I'm quite the advocate for Lucas but I'll hold my hands up, yesterday he offered no real help. Lallana made an immediate impact when he came on and the team were definitley improved with his introduction.

Early in the second half Fabio Borini had the perfect chance to play in an encroaching Alberto Moreno but unfortunately the Italian opted for the shot. He wasn't too far off but he really should have squared it with Liverpool desperately looking for a goal.

Shortly afterwards Borini had another pop at goal attempting to loop it over the keeper but again he was off target. Another strike from the Italian from range was then saved by Adrian but the follow up from the keeper looked very cynical. Adrian left his boot high in the air and on replays was clearly looking at Borini when the challenge came in. After being booked for the earlier handbags with Balotelli, he was lucky to remain on the pitch in my opinion!

Just before the 70 minute mark Mario Balotelli managed to cut inside and lose his man, a strike from the left hand side just outside the box had power but Adrian saved well.

Liverpool had a decent spell at this stage of the game but crucially they could not convert their chances. The introduction of Lallana had allowed for more creativity but the Reds just couldn't find a goal.

To make things worse West Ham would remove any glimmer of hope for the Reds after a final goal in the 87th minute. Substitute Amalfitano was played through by Stewart Downing who had a great game for the Hammers. Sakho had mucked up a clearance to give the ball to Downing but Amalfitano remained composed to convert his right footed shot.

It was a very poor game for Liverpool who looked a shadow of the team that confidently beat Spurs recently. The missing Daniel Sturridge is obviously a big blow for Liverpool but this isn't an excuse. The defence is a huge problem currently and a lot of work needs to be done in order for these new signings to gel. Despite this I feel Moreno is still a massive positive for us.

I just hope Rodgers can get things sorted, I don't think anybody was expecting us to enter into another title race after all the new signings and the loss of Luis Suarez but I still expect us to end the season relatively well and at this rate we'll be slipping away from the top 4 with ease.

@LFCKirstyLFC very disappointing! the whole back line doesn't trust each other which is a disaster the same mistakes keep happening #wakeup
— 5STARZ (@Miller5Starz) September 21, 2014

@LFCKirstyLFC Gerrard can't play 3 games in a week. With all the new faces Rodgers doesn't know his best 11 anymore, but it will come intime
— Steve Platt (@liverpoolsaint) September 21, 2014

Next up for Liverpool is a tie midweek with Middlesbrough in the League Cup and then a massive Merseyside derby at the weekend!

Top of the score predictor league is still my mate Josh (Brurgh), somebody please knock him off the top! Haha

In second place is "Forgotten Soldiers" on 43 points.

I'd really appreciate the help :)