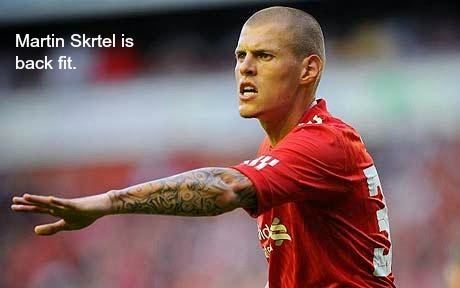 Liverpool travel to London on Saturday evening as they aim to thrive off their Champions League win over Ludogorets earlier in the week. Brendan will face Sam Allardyce's West Ham side who currently find themselves 13th in the league.

The injury list for Liverpool is still a pretty long one. Missing from action are Sturridge, Allen, Johnson, Flanagan and Can. West Ham are also without some key players as Carroll, Nolan and Jarvis are all unavailable.

The last time the two sides met was in April this year. Two penalties from Steven Gerrard saved the day in a vital fixture for the Reds who were right in the midst of a title race. I was on a flight from Manchester to Budapest when this game was on, it was absolute agony not knowing the score, when I landed I had a text from my brother just saying 1-1, luckily just before I could start balling another one came through saying 2-1 FT!

The last time West Ham beat Liverpool on their home turf was in February 2011. Glen Johnson scored a consolation goal in that game but the Reds lost 3-1. Overall Liverpool have good form against West Ham and in the last 10 league games there have only been two draws, both 0-0 affairs.


A big positive for me going in to this fixture is the fact that Martin Skrtel is back. Whether he will start I don't know but I personally feel a lot more comfortable when he's in our back four.

After the start to Tuesday's Champions League game I am really hoping that Brendan reconsiders his starting XI and opts to have somebody supporting Balotelli, I'd also like to see Lucas in the line up. Interestingly though, Brendan's line up for the Villa game and Ludogorets game would probably work better at West Ham due to it being an away tie, the set up may well suit that sort of fixture and so if Brendan does start that way I'll be more patient for this one.

With Balotelli off the mark I have to fancy him getting another on Saturday and I'm also hoping Raheem Sterling will find the back of the net. I'm at work tomorrow (job number 2 lol) and so I doubt I'll get chance to pop a quid on anything but my prediction for this one is 2-1 Liverpool.

I asked you for your predictions on Twitter and here are a few of the tweets I received:

I had quite a few people tweeting in with 3-1 this week, let's hope you're right!

Enjoy the match folks, wherever you are watching.

On a side note, today the Football Blogging Awards have opened up to voting for blogs to reach the finalist stage.

If you get a second I'd really appreciate it if you could follow this link - http://ctt.ec/TyfPl and then click tweet, it takes two seconds and you will have supported an #LFC blog in a quest to try and win in the best #Female category.

P.s Those of you in the JD league don't forget to make your score predictions!