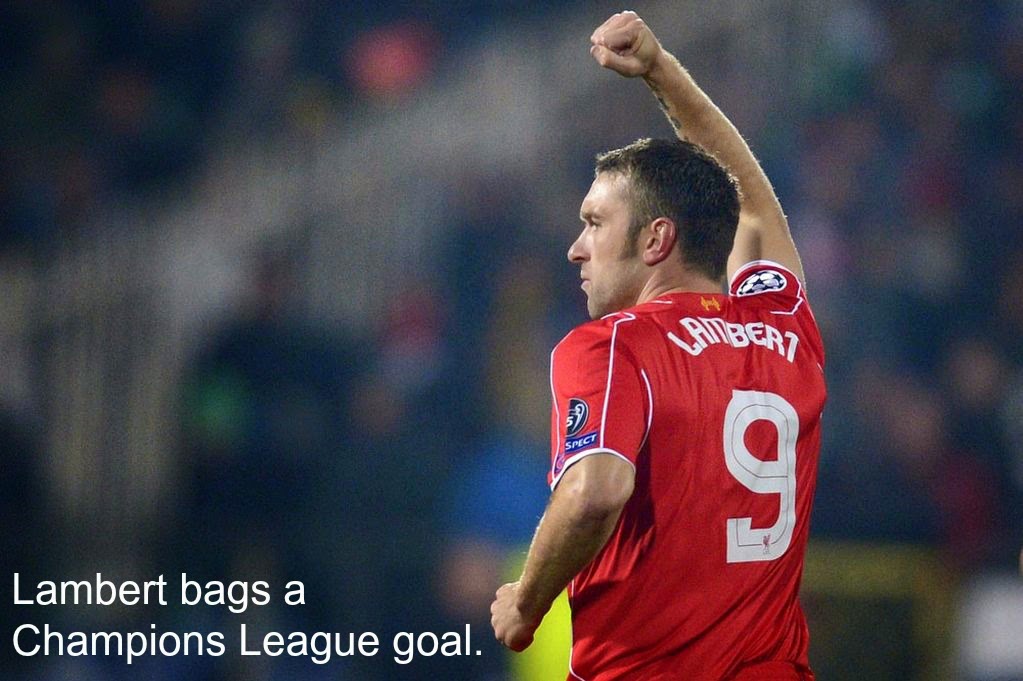 A 2-2 draw with Ludogorets on Wednesday evening means Liverpool are still in the Champions League and require a win over Basel at Anfield to progress through to the round of 16. It could have been a very different story for the Reds though after a very early mistake from Simon Mignolet gave the home side the lead.

Brendan Rodgers actually made some changes to the line up and to an extent I was quite pleased. I was especially happy to see Kolo Toure reintroduced and Steven Gerrard fielded in an attacking role.

It would fall to the man between the sticks though to create the first real moment of note in the game. A relatively meek shot from outside the box by Marcelinho was directed towards Simon Mignolet, positioned correctly, all Mignolet had to do was collect the ball or put his body over it but what did he do? Parry it straight into the path of Abalo who converted with ease after just two minutes. Unbelievable.

I'd be lying if I said I was Mignolet's biggest fan and I've often voiced my concerns about him on the blog but there were people last night sticking up for that mistake and I'm sorry I just think it's inexcusable. Luckily for Mignolet it didn't make a difference to our overall Champions League situation.

Also very luckily for Mignolet, Liverpool appeared to be performing slightly better than we have seen of late and it didn't take long at all for the Reds to find an equaliser.

The Ludogorets defence should definitely have done better but Rickie Lambert didn't give up and ensured his first real chance to score a Champions League goal was converted. It was brilliant to see him score at this level and once again prove his worth. I'd love to see Balotelli and Lambert up front together against Stoke.

The first half for Liverpool was decent. I don't want to use too positive a word because there is clearly a long way to go for the Reds but it was slightly improved last night. For me the inclusion of Lucas was a big help as he does his job brilliantly in my opinion and frees up Jordan Henderson.

It was no coincidence that Jordan Henderson was able to make such a run for Liverpool's second goal of the night. He made it because he knows he's covered. Henderson is a much more exciting player when the shackles are off and we need goals from anywhere and everywhere at the moment.

The goal at just over 35 minutes saw an assist from Raheem Sterling. A lovely cross was met after a lovely run with a stylish finish. Henderson as always celebrated emphatically.

By regaining the lead in the first half the Reds perhaps led themselves into a false sense of security in the second. Ludogorets were extremely lively on the break and it would only take a small lapse in concentration or another goalkeeping mishap for them to get right back into the game.

It took until 88 minutes but that's exactly what happened. A strong spell from the Bulgarian side eventually led to them gaining a corner. Whipped in and then met by the head of Dyakov, his pass found its way over a lacklustre Glen Johnson and onto the head of Terziev who scored.

It's always frustrating to concede so late in a game but even more so when the fact is, if the opposition find another goal you are out of the Champions League having only just returned.

It was a nervous few final minutes but Brendan Rodgers' team held on.

At the end of it all, Liverpool are left in the exact same position they would of been had they won the game... They need to beat Basel to go through. Whilst it was annoying to draw the match I think at this point in time it would just be unhelpful to dwell on  it. We were slightly better than we have been and we also found a goal from a different source. I haven't been able to find any positives lately but I am determined to pick some up from that game.

@LFCKirstyLFC We went there not to loose and we got a result...... Onwards and upwards #fingerscrossed YNWA
— Stacey Pawlak (@UrbanKode) November 27, 2014

@LFCKirstyLFC Glen Johnson must have some serious dirt on Brendan Rodgers. The only explanation for his continued appearance in the team.
— Barry Scott (@BarryScott1892) November 26, 2014


Next up for Liverpool is Stoke, match preview available on the blog tomorrow evening!