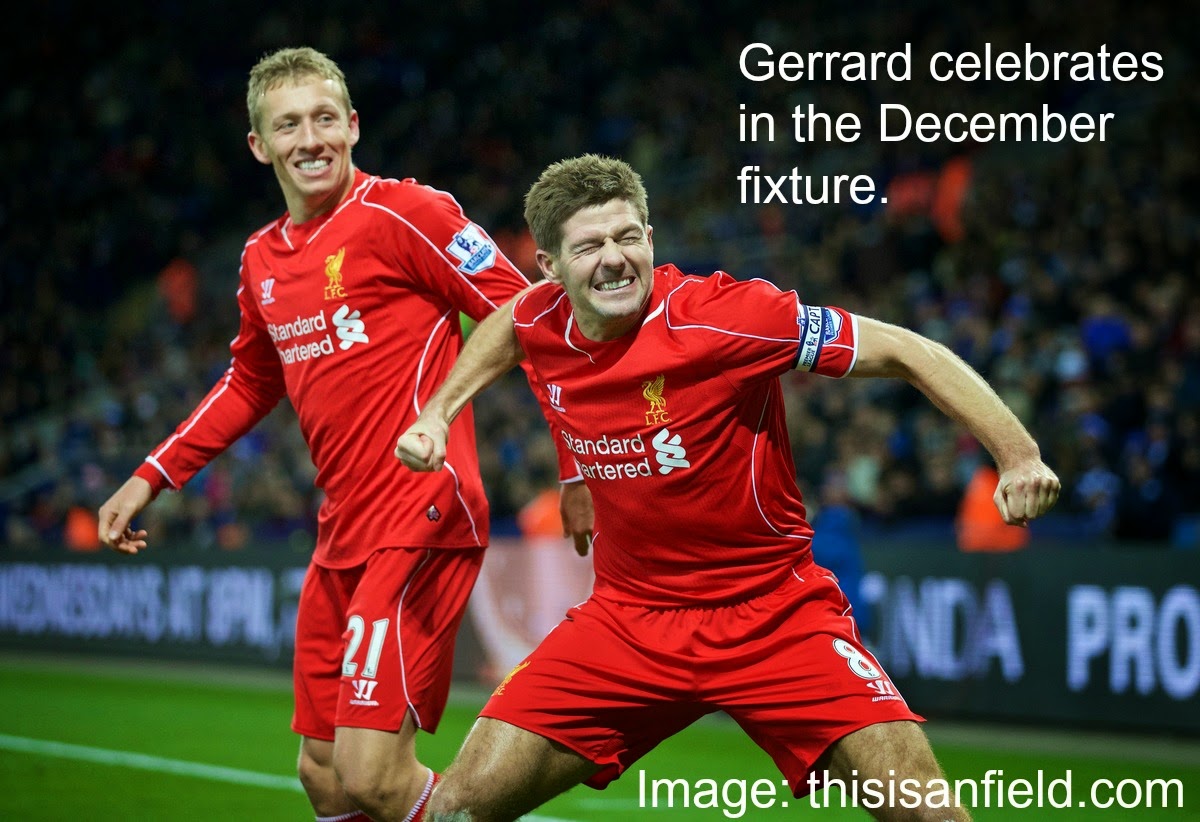 Liverpool face Leicester on New Year's Day as the Reds look to continue their streak of good performances after a 4-1 win over Swansea.

Injuries for the Reds mean they are without Brad Jones, Joe Allen and Glen Johnson. A doubt still remains for Dejan Lovren too. Also unavailable to start will be Martin Skrtel who is suspended, it is presumed Kolo Toure will take his place. For Leicester they are without Paul Konchesky, Andy King and Kasper Schmeichel.

The last time the two sides met was at the start of December this year. The Reds got the better of Leicester in a 3-1 win with goals from Lallana, Gerrard and Henderson. In terms of meetings at Anfield, Liverpool haven't lost against Leicester since 2000, the Foxes won the game 2-0 that day.

Apologies for the slightly thin on the ground preview today, I'm a bit under the weather! Here's hoping the Reds can continue their winning ways tomorrow and collect all three points against Leicester tomorrow.