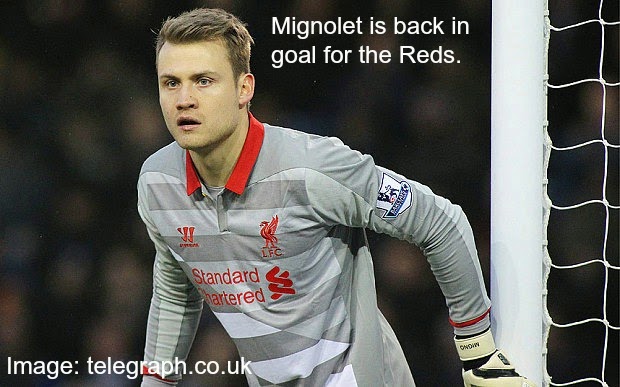 Liverpool welcome Swansea to Anfield on Monday night as they look for another win after beating Burnley 1-0 on Boxing Day. It's an extremely familiar opposition for Brendan who will relish the chance to get the better of his old captain Garry Monk.

Injuries for Liverpool mean they are unable to call upon goalkeeper Brad Jones who is suffering from a thigh injury. Lovren, Johnson, Flanagan and Daniel Sturridge are all still unavailable too. Swansea are relatively strong squad wise with just Montero unavailable through injury.

Swansea are currently 8th in the Premier League, three points ahead of Liverpool who are sitting in 9th. The Welsh side have won three of their last six league fixtures, drawing one and losing two. Swansea have scored six goals in the last six games and conceded six.

Liverpool have also collected three wins in their last six league games, losing just one and drawing two. The Reds have scored seven goals in that time and conceded six.

The last time the two sides met was October this year in the league cup. A Mario Balotelli goal followed by a Dejan Lovren goal sealed the deal for the Reds that day. The last meeting between the two sides in the league was a bit of a goal fest back in February. Two goals from both Jordan Henderson and Daniel Sturridge that day eventually gave Liverpool the 4-3 win.

Once again for me this will be another difficult game for Liverpool, made even more difficult in my opinion if Brendan Rodgers once again opts not to play a striker. I'm one of what appears to be an ever decreasing minority that actually wants Mario Balotelli to start tomorrow however even if our attacking issues were somehow resolved, we're so vulnerable in defence that every match we go into at the moment is an immense task.