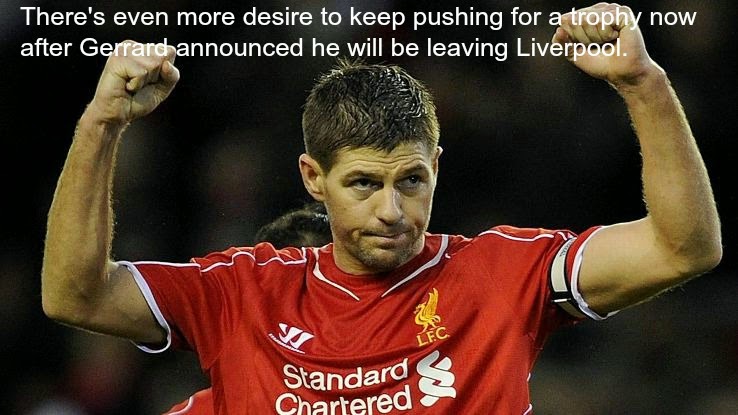 They may not be the crazy gang anymore and we certainly aren't the culture club at the moment but Liverpool playing in Red will be going for gold on the green. It's the first time the two clubs have met since the old Wimbledon morphed into MK Dons and so it should be an interesting FA Cup tie for both sides.

Liverpool will be able to call upon Martin Skrtel again on Monday night after he served his suspension during the Leicester game. Dejan Lovren is also available for the Reds after returning from a groin injury. For Wimbledon they are unable to call upon their defenders Jack Smith and Andy Frampton who have hamstring and ankle problems respectively.

Wimbledon's last five games in the league have seen them win three and lose two, scoring ten goals along the way. Liverpool have won two out of their last five league games, drawing two and losing the other. The Reds have scored nine goals within that time.

Whilst AFC Wimbledon were created as a phoenix club, the name "Wimbledon" will forever unravel memories for Liverpool fans of a certain age when the old Wimbledon beat the Reds in the 1988 FA Cup final.

In a side that contained Dave Beasant in goal and the infamously aggressive Vinnie Jones in midfield the crazy gang got the better of Liverpool on that May afternoon in a 1-0 win. Wimbledon had odds of 30/1 to beat the Reds at kick off and it's still on of the biggest shocks in the history of the FA Cup.

Liverpool's run in the FA Cup last season saw them overturn Oldham in the third round after beating them 2-0 at Anfield. The Reds fourth round tie against Bournemouth also went well as Rodgers' side put two past Bournemouth. Liverpool however then came unstuck when they drew Arsenal in the fifth round. A 2-1 win at the Emirates for Arsene Wenger's side put them through and they eventually won the whole competition.

Liverpool rarely tend to be done over by clubs lower down in the leagues in this competition however there have been a few scares over the years and it's therefore important not to underestimate Wimbledon who will be well up for this game on their home turf.

If I was popping a quid on the game I'd probably go for a 2-1 tomorrow night. I reckon Wimbledon will bag a goal from somewhere but I'm just hoping we have the experience and stamina to get the better of them.

I asked you for your score predicitons and here are a few of the tweets I received:

30 years. A literal lifetime for me and many others. Some follow a football club because it's the team their parents support, others like me live 80 miles away from Anfield but were submerged in Kopite culture from around the age of 6 or 7, thanks to an older brother who was obsessed with the title stomping Reds. Of course, my brother had the right idea, follow the Reds in the 70s and 80s, titles come along like buses. Look up silverware in the dictionary and you'd probably find a Liver Bird crest beneath it. Little did I know, I wouldn't enjoy this same feeling, my life as a Liverpool fan living in Wolverhampton would be an absolute emotional rollercoaster. My first obsession over a footballer would begin with Michael Owen, he'd later break my heart, but that didn't stop me buying anything with his face on and naming my female rabbit after him. Owen tricked me into thinking this was our time. The Houllier treble convinced me that I would soon have the bragg

Well, it's the morning after the night before as I type this and I'm still not quite sure why I voluntarily put myself through that match sat in the home end... As you all know by now I'm surrounded by Wolves fans in my life so for a laugh and to ensure I took a chance to see us in the flesh (I don't get to go to matches very often) I figured I'd sit in the north bank with me fella and me brother. What an ordeal that was.  Image via Independent When the team sheets came out it was clear that Nuno had decided to go for it with Wolves after he named a very strong XI with perhaps the keeper Ruddy being the main notable change. Liverpool, on the other hand, had started a very weakened team but even with the changes, I was looking at names like Shaqiri and Sturridge thinking yeah, we have enough to cause concern here against a strong Wolves side. That isn't how it panned out though. The game started badly for the Reds as Lovren had to be subbed off a