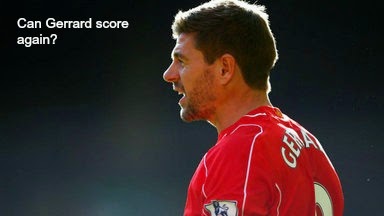 Liverpool travel to the Stadium of Light on Saturday as Brendan Rodgers aims to steer his side to a win over Sunderland. The January transfer window has swung open but for the time being it looks as though the Reds will have to wait to bring new faces to Anfield.

Injuries for Liverpool mean they are without several players due to long term injury and recently Adam Lallana was added to the list with a calf problem. The Reds are also unable to call upon Toure who has now gone out to the Africa Cup of Nations, good luck Kolo!!

For Sunderland they are unable to call upon Coates who is ineligible to play against us. They also have doubts hanging over Lee Cattermole and Jack Rodwell.

Sunderland are currently 14th in the league with 20 points. Sunderland lost their last game against Manchester City but put up a good fight scoring two goals with City netting three. In their last six games in the league they have only won once; an emphatic 1-0 win over Newcastle.

Liverpool find themselves 8th in the league and on a total of 29 points. A successful win over Swansea for the Reds in December led most fans to think Liverpool had turned a corner however the 4-1 win over the Swans was soon forgotten when Brendan's side managed to throw away a 2-0 lead at home to Leicester and ended up collecting just a point in the 2-2 draw.

The last time the two sides met was in December last year a dire 0-0 was definitely one to miss for Reds fans however the clean sheet was most welcome. The last time Sunderland notched up a win over the Reds was back in 2009 Darren Bent scored a goal on the fifth minute for Sunderland that day with Liverpool failing to find a return.

I think it's gonna be one of those horrible scrappy games tomorrow, no doubt Sunderland will find a goal from a set piece as Liverpool unveil their terrible attempt at defending. I'd also love to see Balo given a chance but I know that's not going to happen so I'm left relying on a line up probably without a striker and also possibly without the magic of Sterling who is rumoured to be rested. We'll probably go 70 minutes without scoring then someone will muster up a goal and it'll probably end in a draw... Mega positive me this week?! Haha!

Enjoy the match folks wherever you are watching!