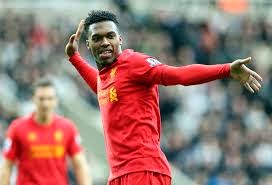 Liverpool cross Stanley Park tomorrow to face Roberto Martinez's Everton side in what will almost certainly be Steven Gerrard's last ever Merseyside derby. The Reds come into this game on the back of an FA Cup win in the week and will be looking to continue their current good run of form in the league.

Injuries for Liverpool mean they may be unable to call upon Lazar Markovic, Lucas Leiva and Adam Lallana who have all recently picked up knocks. Everton are without Pienaar and Osman whilst there is a doubt hanging over Tim Howard. The Toffees may however decide to call upon their happy chappy Aaron Lennon.

The Reds are currently 7th in the table and they haven't lost a game in the league in their last seven. Everton on the other hand find themselves 12th in the league having won just two of their last 10 league games. Their last victory came against Crystal Palace in January where Romelu Lukaku scored the winner.

The last time the two sides met was in September last year. A 1-1 draw saw Steven Gerrard open up the scoring only for Phil Jagielka to net a 90th minute equaliser. The last two meetings between the sides at Goodison Park have ended in high score draws.

In November 2013 the game ended in enthralling fashion when a goal in the 89th minute from Daniel Sturridge ensured Liverpool would collect a point. That game ended 3-3. Back in October 2012 the match ended all square at 2-2, on that occasion Everton scored three of the goals including an own goal from Leighton Baines. Luis Suarez was also on the score sheet that day.

I would usually embed your score predictions here but I was pretty busy at work today and forget to send out the tweets to request your predictions so apologies for that but please do tweet in your thoughts on the game tomorrow for a chance to feature in the match report.

I'm really looking forward to this clash and I'm definitely gonna be putting some money on Gerrard to score. As for the game I think we'll just nick it probably a 2-1. Everton may not have been playing well but neither have we really, we've just been grinding out results. The Merseyside derby is always a tasty and difficult affair, here's hoping we can make Gerrard's last derby a special one!