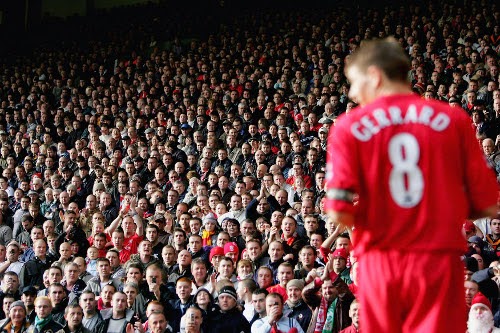 The mere completion of his name generates countless memories, moments of sheer genius and warrior like fight as he stood as captain of the football club he idolised so much.

A legend. A talisman. A hero.
A dreamer. A captain. A leader.
A WINNER. 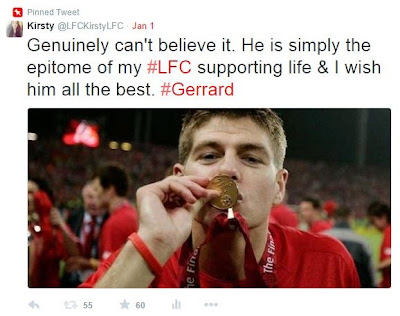 Steven Gerrard has remained a Liverpool player for 17 years and 708 games (710 hopefully). I'd just turned nine years old when Gerrard made his debut against Blackburn Rovers and whilst I can't claim to fully remember his cheeky face and slim frame, I was beginning to find my love for football. Little did I know I was watching a man I'd love more than football itself, a man who I would grow up with.

There aren't many footballers in the world that can have such an effect on a fans' life. Players come and go for millions of pounds, you don't relate to that, it's unfortunately the norm. Gerrard however is the diamond in the rough, he's just a regular person like you or me. He chased his dream and made it a reality. He mesmerised fans with his cross field passes, his long range goals, determination, tenacity, his refusal to ever give up.

As I grew older it became clear what an important figure Steven Gerrard was to Liverpool Football Club. There are many poignant moments in Steven Gerrard's career and many moments that went unnoticed in the grand scheme of things. It is hard to do his career justice in a short blog post.

In 2003 Gerrard was given the captaincy by Houllier, a manager who the captain openly admired. I was 14 by now, Steven Gerrard posters beginning to plaster my walls. The adoration had quickly become an obsession. Who was this youngster from Liverpool, setting alight the starting XI, every single week?

By 2005 I was besotted. Under Houllier, Gerrard was moulded into both the man and the player that he is today. Under Rafael Benitez? He flourished. Scoring 104 goals in 292 appearances, this is arguably when Steven Gerrard cemented his everlasting presence. Certainly in my book, my fondest memories of Gerrard are when he was playing under the Spaniard. Perhaps aided by a team of talent such as Mascherano, Alonso and Torres. Gerrard really shined in this era for me.

That Istanbul final gave younger fans like myself a taste of the glory days, a glimmer of the success that could become a reality once again at Liverpool and it was all thanks to Gerrard. Throughout the whole Champions League campaign Gerrard carried his team, refusing to be beaten when everyone else had let the flame die out.

His stunner against Olympiakos to get us to the final just wasn't enough for the captain. Down and out looking at the Ataturk scoreboard to see his team losing 3-0 at half time, Steven Gerrard didn't cave in. He'd worked too hard, through sweat, tears and a phenomenal Kop end goal, he'd dragged his side to Turkey. 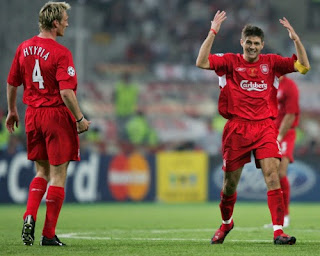 Gerrard's header at 54 minutes is possibly the most iconic goal I'll ever see. Collecting the ball, still faced with a pessimistic team backed by optimistic fans his arms began to pump. We're not out yet. The remainder of that anecdote writes itself.

Gerrard's sheer determination is just one of his many irreplaceable attributes, there are too many to name, too many to discuss but when your team are on a run of poor form or in a cup final with no hope left, the Steven Gerrard factor is simply priceless.

Life without Gerrard at Liverpool Football Club is a curious prospect to think about. Let's not forget he's our top goalscorer this season and his influence on younger players, his ability to command the midfield and captain the team is unrivaled.

Liverpool can only dream of another like him, his loyalty will never be matched. 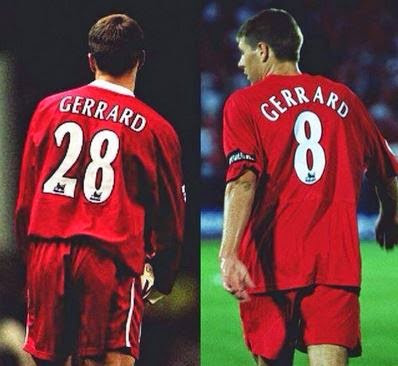 As I risk dribbling on to a rather emotionally fueled recap of Gerrard's whole career, I think the man's words this week sum up perfectly: "We have dreamt together, chased those dreams together and achieved most of them together."

Gerrard, It's been a wondrous ride. 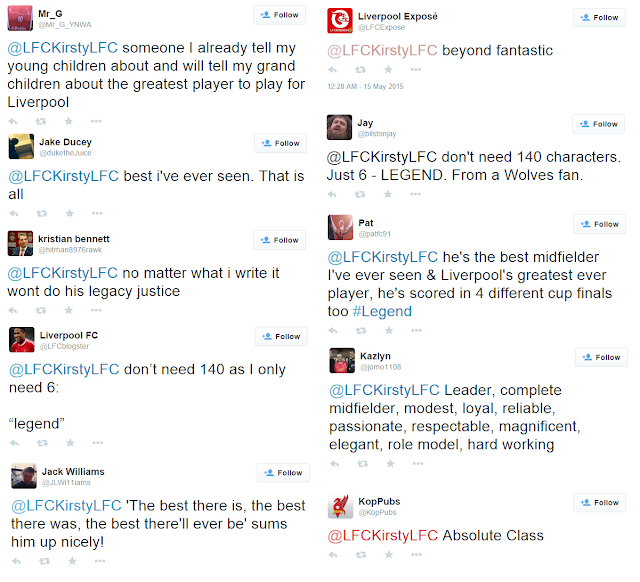 Injuries for Liverpool mean they are still without long term absentees Jon Flanagan and Daniel Sturridge whilst Mamadou Sakho will be subjected to a late fitness test. For Palace manager Alan Pardew has a practically full squad to choose from for Saturday's game.

The last time the two sides met was on Valentine's day this year, the Reds picked up a 2-1 win in the FA Cup tie with Daniel Sturridge and Adam Lallana on the scoresheet. The last meeting between the two sides in the Premier League was in November 2014. It was another poor result for Liverpool against Palace as the home side put three goals past us with just Rickie Lambert on the score sheet, netting after just two minutes.

Prior to this was of course that heartbreaking 3-3 draw which I won't even bother going into, you know the story there.


I'm starting to hate playing Crystal Palace to be honest but I am hoping that the Reds will pull it out the bag tomorrow with the help of Steven Gerrard. Palace are on a poor run at present and I think it will be too much for them at Anfield on Saturday.

Here's hoping Steven Gerrard can find one last goal in front of the Kop!