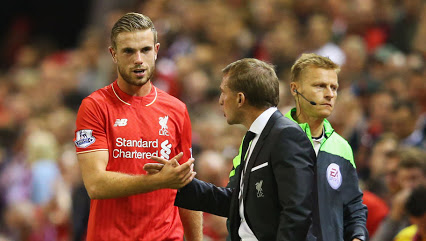 Liverpool travel to London on Monday evening as they prepare to face Arsenal in their third fixture of the season. The Reds have picked up two wins out of two whilst the Gunners have won just one game having lost their opening tie against West Ham. Will a stumbling start from Wenger's side assist the Reds or is it going to be the same old story at the Emirates?

Injuries for Liverpool mean they are likely to be without captain Jordan Henderson who picked up a problem against Bournemouth. They are also unable to call upon Joe Allen, Jon Flanagan and Daniel Sturridge. For Arsenal they are without Flamini who has an ankle problem and Jack Wilshere is also still unavailable. Out too are Welbeck and Rosicky.

The last time the two sides met was in April this year. The Reds took a beating at the Emirates as Arsenal put four in the back of the Liverpool net. A penalty from Jordan Henderson was the only consolation for Brendan Rodgers' side as they also had to deal with a red card for Emre Can.

Liverpool's last victory over Arsenal was in February 2014 it was a simply stunning performance from the Reds as they scored four goals in 20 minutes at Anfield. The game eventually ended 5-1 with Martin Skrtel, Raheem Sterling and Daniel Sturridge on the score sheet.

It's no secret however that Liverpool's record at the Emirates is less than favourable. In our last ten meetings in all competitions at the Arsenal ground we have won just one fixture. There have been four draws with the home side winning on five occasions.

On Monday night Liverpool need to break their duck but they also need to prove to fans and neutrals that they can put on a serious performance against a side that many are naming as title contenders. I feel it's a good time to be facing Arsenal after their initial loss in the league and sometimes it's better to get these kind of fixtures out the way early on.

For me, Liverpool have got to pull a lot out of the bag in order to try and get the better of Arsenal tomorrow. The psychological aspect of failing to win at the Emirates will no doubt play on the minds and with a missing captain it could be a shake up that the Reds didn't necessarily want.

On the other hand, on the assumption that Emre Can will replace Henderson in midfield, his different style of play may aid Liverpool in their search for three points. With Benteke up front once again it is vital for me that we get the ball over to him and with Henderson not involved (one of the only players crossing the ball), there will be a lot of pressure on James Milner to offer a supply line for our big forward.

I can't see us walking the ball into the net against Arsenal, either we whip the ball in to Benteke (or Skrtel from a corner) or we wait tirelessly for a piece of Coutinho magic.

I forgot to ask you for your score predictions this week but I am hoping we might be able to scrape a score draw! I'll definitely be popping a quid on Skrtel to score as it has served me well over the years, I'll update you on Twitter with any other bets I place.