Benteke Scores In Yet Another Draw For The Reds 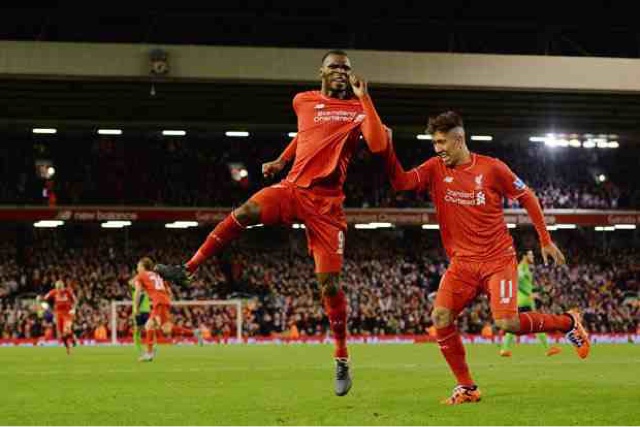 It was another draw for Jürgen Klopp on Sunday as Liverpool let a late lead slip in a 1-1 draw. It was a relatively drab performance from the Reds and it's clear as day that Klopp will be unable to really stamp his mark on this team until he reaches the January transfer window.
The manager opted not to start Christian Benteke or Roberto Firmino and it's understandable that he didn't wish to risk two of his key players but Liverpool struggled to create a presence from the off due to a lack of quality. A few half chances in the first 45 from the likes of Milner and Coutinho were little to grasp hold of, it was just lucky that Southampton hadn't really found a strong footing either.
Milner to be fair to him was one of few players showing any real intent but captaining a team with Origi as your main striker is never going to prove fruitful in my opinion. The forward had less touches than both goal keepers in the first half and whilst some of this may boil down to a lack of supply I honestly don't think he's going to be able to cut it in the Premier League.
It was a blessing when Benteke was finally brought on to begin the second half but once again for me, the supply line was lacking. We have players who are able to whip balls into the box but it only ever feels like Milner and the injured Jordan Henderson are looking for that pin point delivery.
Coutinho and Can spent the majority of the game attempting wild shots from outside the area and I just don't see the point of it when you have a huge striker with a real aerial presence wondering around in the box.
It was another forgetful game for Coutinho too who has been a bit of a passenger in recent fixtures. His lack of form has coincided with a difficult period for the Reds and the sooner he's back on top the better.
Just after the 65 minute mark Klopp introduced Firmino and things definitely improved with him on the field. Ten minutes later and Liverpool had found their goal, a sublime cross from James Milner flew directly to the powerful Benteke who rose with ease and smashed home a wonderful header to put the Reds in front.
Klopp’s celebration was quality but the madness was short lived as Southampton found an equaliser just six minutes later. Gaston Ramirez who had only just entered the fray provided the assist whilst Mane finished from close range.
It was so annoying to watch that goal go in, not because we deserved the win because to be honest Southampton had knocked on the door several times during the game, but it just felt like Klopp had bagged his first three points and we really needed that boost. The only thing keeping me from being annoyed now was that another goal would have won me £45!
As we know, that didn't happen though. Goalscorer Mane however was given his marching orders after a silly tackle on Alberto Moreno. Ronald Koeman was visibly annoyed at his player but you have to feel the Saints manager is a lot happier with the result than our boss.
Next up for Liverpool is Bournemouth in the league cup.
Christian Benteke Liverpool Match report Premier League Southampton
Follow @lfckirstylfc
FcTables.com
FcTables.com