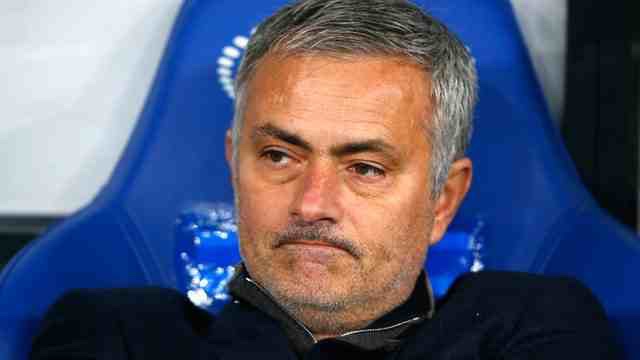 (Image via bbc.co.uk)
It's The Normal One’s chance to get the better of the faltering Special One on Saturday as Jürgen Klopp prepares his side to face Chelsea at Stamford Bridge. The Londoners currently find themselves 15th in the table with the Reds sitting in 9th.
Injuries for Liverpool mean there is a doubt hanging over Christian Benteke, I seriously hope he's fit to start because we're going to really struggle without him. James Milner will also be available after serving a ban.
For Chelsea, it is not clear whether striker Diego Costa will be fit enough to start but Nemanja Matic returns to the side. Courtois and Ivanovic are both unavailable.
The last time the  two sides met was in May this year. Steven Gerrard was on the scoresheet but the game ended 1-1. The last win at Stamford Bridge for Liverpool  in the league was in November 2011. Daniel Sturridge netted for Chelsea that day but it was Glen Johnson who sealed the deal for the Reds.
Whilst it's fair to say our record at the Bridge isn't fantastic, we haven't exactly been embarrassed, in fact in our last five league visits to their ground we have only conceded five goals. Chelsea will usually score but they never get to a stage where the margin can't be surpassed, this should remain a positive for Saturday's game.
Stat Sandwich
• The Reds have won just one of their last 10 away games in the league.
• Chelsea have won just one of their last seven games in all comps.
• Since August 2012, Benteke has scored 14 Premier League goals via a header.
It's obviously going to be a tough match this weekend but the prospect of embarrassing Jose Mourinho is an exciting factor for me. I tend to get pretty geared up for the Chelsea games anyway, just because of the rivalry we have built up over the years but if we can watch Klopp get the better of the self titled “Special One” on Saturday, I will be absolutely ecstatic.
Chelsea are in a mess, Jose may not wish to admit it but the players have lost it. Even the likes of John Terry who is one of the most dependable players out there has been having an absolute mare. Star players aren't putting fear into the opposition like they used to, people feel as though Chelsea are there for the taking and I seriously hope Liverpool can take that initiative.
To add to all the excitement, if you didn’t see on Twitter, I've had a right game trying to sort out how to watch this match. For those who don't know, I live in Wolverhampton and on Saturday at pretty much the same time as our match, Wolves are on the tele against Birmingham. All the pubs and bars in town and even in neighbouring Birmingham are going to be showing that match so I thought, not to worry I'll just watch it in the house… But we don't have BT Sport.
“I'm not missing the Chelsea game!” I thought, if it wasn't such a big match maybe I would accept sitting in a corner of the pub with a tiny tele that the manager has spared me but no sound on at all (this has happened before! Haha) but not for the Chelsea game, not Klopp’s FIRST meeting with Jose Mourinho.
And so, in what was a very impulsive moment, I went and booked train tickets to Liverpool. “Sack it, I'll watch the match in my favourite place!” So you can see why I'm so excited for kick off and why now I need that win even more.
I'll let you know what I get up to and what bets I put on tomorrow so just catch me on Twitter! - @LFCKirstyLFC
Enjoy the match folks, wherever you are watching!
P.s. A massive thank you to anybody who has voted for me in the football blogging awards, voting closes today and the awards ceremony is on the 19th November.
Chelsea Liverpool match preview Premier League
Follow @lfckirstylfc
FcTables.com
FcTables.com