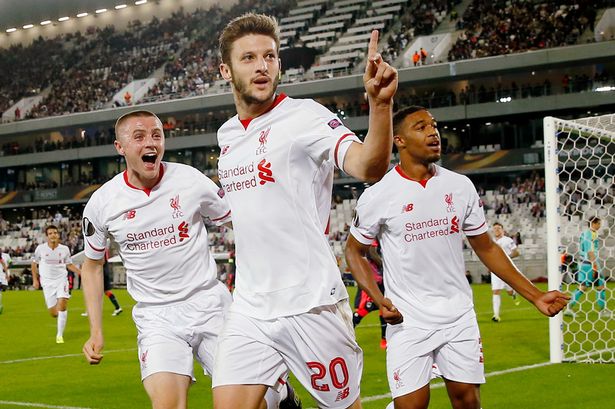 After beating Manchester City 4-1 at the weekend, Jurgen Klopp's side are brimming with confidence and will surely fancy their chances against Bordeaux at Anfield on Thursday night. The Europa League is labelled as a bit of a nuisance by many but Klopp strikes me as a man after my own heart; if there's silverware at stake, I'm chasing it.

Injuries for Liverpool mean the game will probably come too soon for Jordan Henderson who is almost back to fitness. It also looks as though the knock to Philippe Coutinho will keep him out of this fixture. Mamadou Sakho may be in contention but it would be a strange decision from Jurgen Klopp to rush the defender back to action.

Bordeaux have a few injuries to contend with, most players have been out long term however the likes of Maulun, Toure and Pablo look as though they will be unavailable for Thursday's match.

As covered in the previous match preview for the away tie, Liverpool have met Bordeaux on just two occasions prior to this year's Europa League campaign. Bordeaux failed to score in the two fixtures in the Champions League back in 2006 and the Reds won 3-0 at home thanks to a brace from Luis Garcia and a Steven Gerrard goal.

At present, Bordeaux are currently 13th in the league having won just four of their 14 games. The French side have also conceded 21 goals so far this season, the joint third worst tally in Ligue 1.

A win over Bordeaux on Thursday evening would enable the Reds to secure a place in the last 32 of the competition. Something that didn't look like a possibility under Brendan Rodgers. Whatever your thoughts on the Europa League, I've always thought that to be a truly great team, you need to be able to handle everything that is thrown at you. There's no denying that extra fixtures put a burden on a side but man up and deal with it is what I say and I get the feeling Klopp has the same mentality.

With France still reeling from terrorist attacks in the capital almost two weeks ago now, I'm not sure if there is any memorial or silence in place for Thursday night's game but I'm sure the tragedy will be on the minds of both sets of fans.

For me, it's got to be a Liverpool victory tomorrow, I can't see any other outcome. The only difference is Klopp will probably utilise his forwards giving Benteke and Sturridge a chance instead of playing without them. I fancy a 2-0 and after last weekend's result I will definitely be putting yet another quid on Martin Skrtel to find the back of the net haha!