Palace Get The Better Of Reds 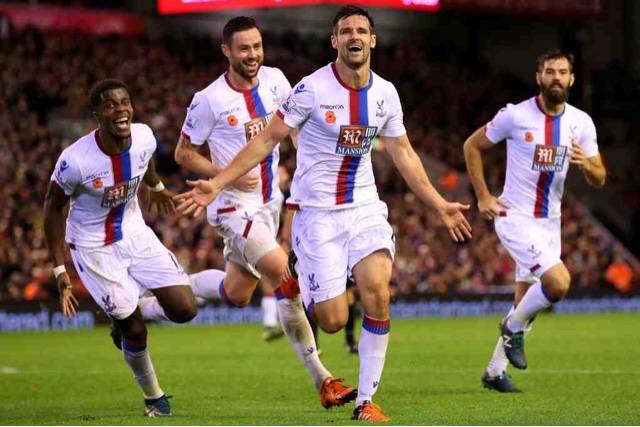 Image via Irish Times
Liverpool fell to defeat at the hands of Alan Pardew’s Palace side on Sunday as the Londoners further instilled their “bogey team” status for the Reds. It was a tough game for Liverpool who showed good effort but weren't quite effective enough in front of goal.
Crystal Palace got off the mark at 20 minutes when danger man Bolasie struck a left footed effort from inside the box. It was perhaps evident from the way Palace started that they would find the back of the net, what wasn't clear was how the Reds would respond.
Half chances that followed  from the likes of Coutinho and Ibe made it look as though Klopp’s side were going to spend the afternoon trying to score from questionable angles and distances. Despite having Benteke prowling around the box, he didn't appear to be getting much in the way of a supply line in my opinion and when that isn't happening, you instantly have a problem.
Thankfully though, as often happens, my moaning at questionable efforts from certain players was completely unfounded when Coutinho found an equaliser in true Coutinho fashion. He was inside the box to be fair but he struck it well and we were now back in the game. Assisted by Adam Lallana, it felt like a turning point but prior to the goal a massive blow for Liverpool saw Mamadou Sakho taken off the pitch despite his best efforts to continue. He was replaced with Dejan Lovren.
It's a real shame I feel as the Skrtel and Sakho partnership is one that needs time and it was beginning to get stronger, we'll have to hope the Frenchman isn't out for too long.
The second half began pretty well for the Reds as pressure continued to build towards the Kop end, Palace don't give up easily though and continued to stave off any potential Liverpool attacks.
At 80 minutes an initial header from Scott Dann was saved by Simon Mignolet but the ball splayed out directly back to Dann who ensured he found the net with his second effort. It was a real blow for the Reds who looked as though they may take something from the game but I can't fault Palace for their efforts. I'm really beginning to dislike them to be honest!
Jürgen Klopp was quoted saying he felt “alone” after the defeat, referring to some Liverpool fans who left Anfield early. I'm glad he called them out and I feel he's right to do so, as somebody who doesn't get the privilege of going to matches regularly, I've never understood why people feel the need to leave early.
I asked you for your thoughts on the game and here are a few of the tweets I received: