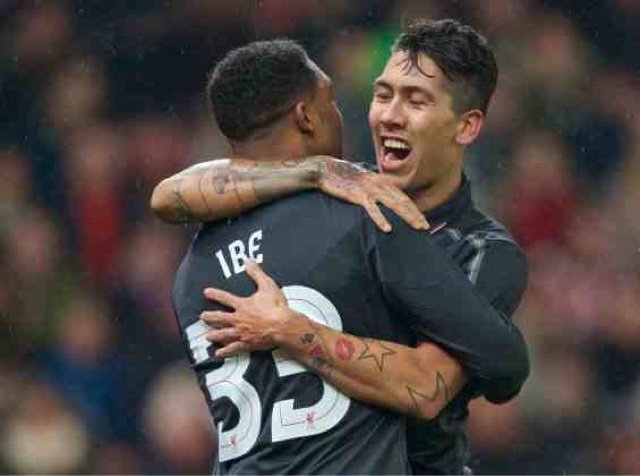 Liverpool welcome Stoke to Anfield on Tuesday evening for the second leg of their league cup semi final with the Potters. The Reds come into this game 1-0 up on aggregate but after conceding four goals at Norwich and scrambling to a win, Stoke must fancy their chances of an upset.

Injuries for Liverpool mean they are still unable to call upon their influential forward Daniel Sturridge. According to Jürgen Klopp in a recent interview he will be back within 10 days, we'll just wait and see on that one shall we? Also unavailable is Divock Origi and Martin Skrtel, it also looks as though the game will come too early for Dejan Lovren. There remains a lot of responsibility on the back four here after their performance against Norwich and I personally feel we'd be better off with the likes of Skrtel and Lovren in there though I know several fans disagree.

For Stoke, they are without Ryan Shawcross and it looks as though doubts are held over the fitness of Ireland and Walters who will be subjected to late tests prior to the game. To be honest the main men for Stoke are Shaqiri and Arnautovic and both of those players will almost certainly feature on Tuesday evening.

The last time the two sides met was of course in the first leg of this league cup semi final. A goal from Jordon Ibe on the 37th minute was the only thing to split the two sides and it would be rather stupid to rule out any fight back from Stoke who remained in the game throughout the 90 minutes at the Britannia. Stoke's last visit to Anfield also saw them lose 1-0, Glen Johnson was the scorer that day in November 2014.

Unfortunately for Stoke, the stats are against them when it comes to fixtures at Anfield, the Potters have failed to win at L4 since 1959 in the old division two.

After this weekend's league fixtures Stoke currently sit 9th in the table having lost 3-0 to Leicester. Their previous game on the 17th January ended more positively though after they collected a 0-0 draw with Arsenal. Stoke have won two from their last five games in all competitions.

Liverpool are currently 7th in the table just one point in front of Stoke after somehow picking up three points against Norwich in an enthralling 5-4 win. Liverpool also have just two wins from their last five in all competitions, conceding 10 goals in the process.

After nine goals in one game on Saturday it isn't so hard to believe that several goals will be scored on Tuesday. If you fancy over 3.5 goals for this one you can get odds of 5/2 at present with Paddy Power.

Firmino has impressed lately and his odds for first goalscorer are currently 9/2, if you want to go a bit more left field though then Emre Can is down at 16/1.

Finally a bet I may well have is Stoke first half Liverpool second with odds of 22/1. Keep an eye on Twitter and I'll let you know what I have!