Reds Through To FA Cup Fourth Round 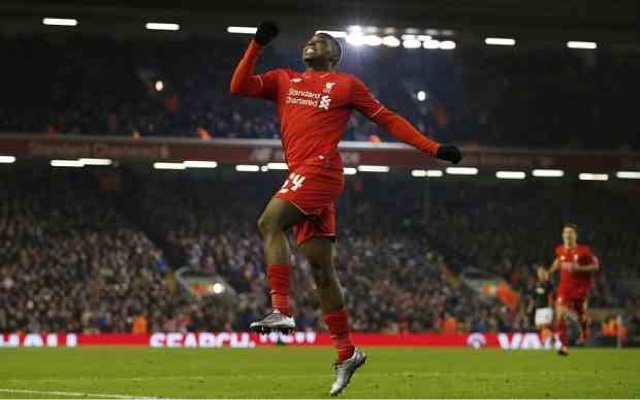 Image via telegraph.co.uk
Liverpool have secured their place in a fourth round fixture against West Ham after putting three past Exeter at Anfield on Wednesday night. It was another relatively inexperienced side fielded by Jürgen Klopp but the likes of Christian Benteke and Joe Allen also featured in the replay.
It was immediately noticeable that Exeter were not the same team we saw at St James' Park after Joe Allen found the back of the net in just ten minutes. What was really confusing many onlookers though was the decision by Exeter manager Paul Tisdale to leave their top goalscorer Tom Nichols on the bench. I'm not sure what the thinking was behind that but I honestly think it affected Exeter, Liverpool may have got off the mark early and we maintained the majority of possession but if Exeter had their star man on who knows what could have happened.
The sight of Jose Enrique was a surprising one for most Liverpool fans on Wednesday night, perhaps even more surprising though was the fact he was wearing the captain's armband. I have to admit I always quite liked Enrique, he definitely began to lack in consistency as time went on but it always felt harsh that he'd sort of been excommunicated when wanting to try and fight for his place. I can't quite tell whether Klopp likes him or not but he didn't exactly have a bad game last night so maybe he's in the manager's plans.
The game for me threw a spotlight on three players and not all for the right reasons; Jordon Ibe, Brad Smith and Christian Benteke. The former two players had a stormer, Ibe in particular who went close to goal on several occasions and commanded the wing. Unfortunately however, Benteke didn't exactly have a memorable 90 minutes. He was of course involved in the final goal showing an unselfish side in assisting Teixeira however the forward just wasn't in the right place at the right time and faltered when he was given a real chance. It's worrying because if you can't show the business against Exeter then when will you? Despite this I still feel that Liverpool need to utilise Benteke whilst he is here, as mentioned in previous reports, he brings a lot more to the game than just goals and for me his presence is required.
Teixeira may have netted the third at 82 minutes but "What about Ojo's goal?" I hear you say, well it was a great goal, it almost looked too easy however as most of you will know, living in Wolverhampton I've seen a lot of Ojo and perhaps stubbornly, I refuse to get carried away! He did play well though so I will be keeping a close eye on him going forward.
Next up for Liverpool is Norwich it will be interesting to see whether Klopp gives any of his youngsters a chance.
Exeter FA Cup Joe Allen Liverpool FC Match report Sheyi Ojo Teixeira
Follow @lfckirstylfc
FcTables.com
FcTables.com