on February 05, 2016
Liverpool welcome Sunderland to Anfield on Saturday afternoon in what could turn out to be a heated affair thanks to a saga off the pitch this week. Fan organisations such as Spirit of Shankly are unhappy with the proposed new ticket prices released this week and a "Walk out on 77" protest has been put forward. It is unclear how many fans will make their feelings known with their feet but it is clear that less emphasis will be placed on the football itself for this clash. 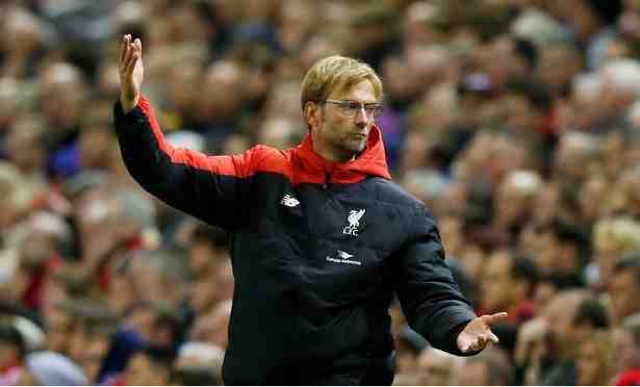 Image via www.mirror.co.uk: Jürgen Klopp
Injuries
Daniel Sturridge has once again returned to training, fans hold their breath as they await a string of ten sessions minimum from the forward. There is also no Martin Skrtel or Divock Origi for manager Jürgen Klopp while Coutinho appears closer to fitness but may not be prepared for this weekend.
For Sunderland, they are without Larsson and Matthews who are both out long term. Doubts also hang over the fitness of Kaboul and Vila who will be subjected to late fitness tests.
Previous Meetings
The last time the two sides met was in December last year, Liverpool picked up a 1-0 win thanks to a single goal from Christian Benteke. Sunderland's last visit to Anfield ended in a goalless draw, in fact in the last three meetings between the two sides only two goals have been scored, both by the Reds.
To find a win from Sunderland at L4 we have to go all the way back to 1983 when the Black Cats won 1-0 in the old division.
Form
The Reds are currently sat eighth in the league table after picking up a loss against Leicester on Tuesday. Klopp's side have now lost three out of their last five fixtures in the league. Sunderland are sandwiched between Newcastle and Aston Villa in the relegation zone on 19 points. They have won just two out of their last ten games in the league.
Betting
I don't think I'm gonna get chance to put bets on this week as I'm busy data collecting for my dissertation, speaking of which as I mentioned on Twitter there will also unfortunately be a missing Sunderland match report due to dissertation commitments but normal service shall be resumed next week! (p.s. Thanks to all who have filled out my survey so far!!)
Anyway, back to betting. I've been looking at Christian Benteke this week and it baffles me sometimes how his odds are remaining so low despite him failing to score. For this clash as first goalscorer he's down at 3/1 which to be fair has risen compared to recent games but is it even worth putting money on the Belgian? I think it is because like him or not I think in the majority of games especially against sides like Sunderland we're forced to utilise him and surely, surely he's bound to find the net soon?
In terms of scoreline odds if you fancy Liverpool to get back on track with a big win on Saturday you can get odds of 3-0 at 9/1 and 3-1 at 11/1 with Paddy Power.
Keep an eye on my Twitter in case I do put a bet on to see where my money ends up and as always, enjoy the match folks, wherever you are watching!
Jürgen Klopp Liverpool FC Premier League Sunderland Ticket Prices
Follow @lfckirstylfc
FcTables.com
FcTables.com