Reds Settle For A Draw In Germany

on February 19, 2016
Liverpool could only muster a 0-0 draw in their Europa League tie against Augsburg on Thirsday evening in what turned out to be a rather uneventful fixture. Jürgen Klopp fielded the same XI that took part in the 6-0 win over Aston Villa but despite having the likes of Coutinho, Firmino and Daniel Sturridge on the pitch, the Reds just couldn't find a goal. 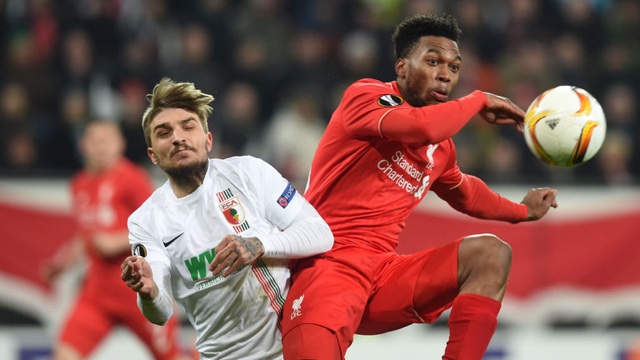 Chances in the game were few and far between but it was Sturridge for Liverpool perhaps having the best opportunity. The likes of Moreno and Coutinho also had their moments but it was clear that this wasn't going to be another high scoring fixture. Augsburg set up well and I imagine will be pretty pleased with the 0-0 draw.
On the flip side, Augsburg actually hit the post with just four minutes to go so it could have been an even stronger result for the Germans and an embarrassing one for Klopp. The return leg is at Anfield on Thursday 25th February and with no game in between, Liverpool have the full week to prepare.
The downside of course is that three days after the second leg is the League Cup final at Wembley. Klopp clearly wants to go on a run in the Europa League, especially as the winners get a place in the Champions League, but is it worth risking a great chance of obtaining his first piece of silverware at the club against Manchester City?
Positives
The positives for Liverpool from this fixture in my opinion, although minimal, were the extra game time for Sturridge and the fact we kept a clean sheet.
It sounds daft but our defence have been all over the shop lately and I know most of you disagree but I still feel as though Skrtel should walk back into that line up, however the lads did pretty well last night and it's always vital to keep a clean sheet away from home in Europe.
For Sturridge, he again looked lively and was unlucky not to score really, it's nice to know he has some more match time under his belt and hopefully he can spring into action in the League Cup final against City. Liverpool have been struggling goalwise without Sturridge and he offers that last bit of prowess that we desperately need!
Augsburg Daniel Sturridge europa league Jürgen Klopp Liverpool Match report
Follow @lfckirstylfc
FcTables.com
FcTables.com