Reds Do The Double Over City

on March 03, 2016
It was a brilliant result for Jürgen Klopp on Wednesday evening as he steered his side to a 3-0 victory over Manchester City. Pellegrini's side looked a shadow of the team that featured in the cup win at Wembley on the weekend but take nothing away from Liverpool, they ran rings around the sky blues. 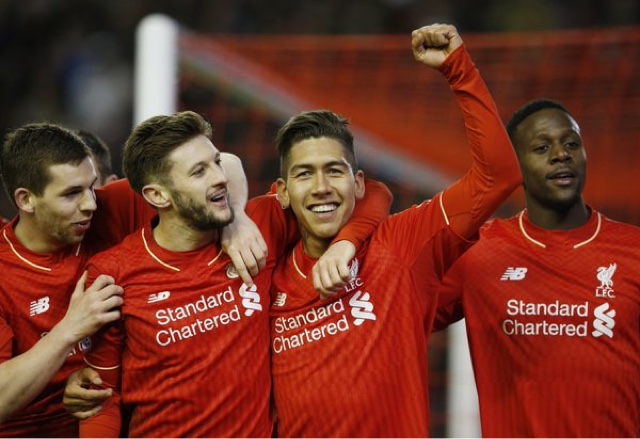 Despite missing Daniel Sturridge and being forced to drop Lucas from the side Liverpool were extremely effective from the word go. A high pressure game was fully supported via the likes of Origi, Milner, Can, Henderson, Firmino and Lallana who worked brilliantly together in attack.
I won't shy away from the fact that I probably get on the case of Lallana and Milner but I cannot fault their efforts on Wednesday night. Lallana's opening goal was a well taken strike from some distance and at first it didn't even look like it had found the back of the net, his celebration soon confirmed the goal though.
The Reds were undoubtably on top and the high pressing game that Klopp is so famous for was certainly on show. It gives a glimmer of what can be expected under the German, especially when he is able to spend some money in the summer!
Another lovely strike from Milner just four minutes before half time put Liverpool two nil up and there was no way back for an extremely lacklustre City side. For a team that are still going for the title they must be kicking themselves this morning because there was no fight in that side what so ever. Players like David Silva and Raheem Sterling were completely ineffective and hilariously the latter was substituted for the second half. Sterling was so poor thanks to an immense performance from Jon Flanagan, I bloody love that lad, I've always had a soft spot for defenders and he was all over it last night, started immediately by getting stuck in to Sterling and "letting him know he was there" as the oldies would say.
Just before the hour mark it was Firmino who stamped his name on the scoresheet after a nice finish from inside the box. Klopp was absolutely ecstatic and so were the players it was wonderful to see and whilst it would have been nice to have put on this performance in the final, I'll take revenge in any shape or form and knowing we've dented their title hopes while helping Leicester in the process? I'll take that!
An almost perfect performance from Liverpool in my opinion perhaps only affected by a missing goal from Origi who I felt deserved one for his efforts and also that niggling question over what to do with Christian Benteke. He doesn't get many chances these days but it was evident to me last night that he's just not really bothered anymore. He had a couple of one-twos but his movement as always was lacking and he definitely does not fit into Klopp's system. I'd be very surprised if he's still here after the summer.
Adam Lallana James Milner Liverpool FC Manchester City Match report Roberto Firmino
Follow @lfckirstylfc
FcTables.com
FcTables.com