Five Things We Learned From The Spurs Draw 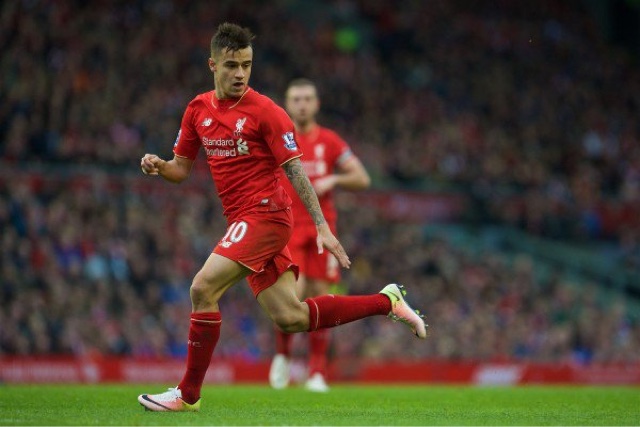 Image via thisisanfield.com
It's no secret that Coutinho is one of, if not our most talented player at the moment and today was one of those days where he took the game by the scruff of the neck and made all the difference. The first real moment saw the Brazilian feed through a lovely ball to Daniel Sturridge who unfortunately couldn't convert but he would later link up with Daniel again for the goal.
The attempt at 51 minutes was a sublime finish assisted by a lovely one-two with Sturridge. Coutinho seems to be a big game player and you can always rely on him to come up with a stunning effort to put us into the lead.
Two further moments in the game stick out, particulary when the number 10 made the byline with one of his silky smooth runs and whipped an effort from an impossible angle agonisingly close to goal. He  followed this up with another shot late on that trickled just wide. A brilliant game from Coutinho all round, I'm genuinely quite worried that he may leave the club in the summer.
2) Our defence can sometimes be tragic...
Liverpool's defence has been in a pretty dire situation for a long while now, if it isn't Martin Skrtel having a mare it's Mamadou Sakho the following week. Without going into my Skrtel debate which went down like a lead balloon on Twitter, the fact is our defence is bang average at the moment.
While Dejan Lovren appears to have improved massively over recent weeks it was hard to feel confident in Mamadou Sakho today who had a very poor game. On two occasions mistakes by the bumbling defencer left Lovren and Clyne having to deal with dangerous attacks from Harry Kane, luckily, for the most part, Harry was kept out of the way.
I fully expect Klopp to make some summer signings to improve the back four because evidently we can't go on like this.
3) Harry Kane is the real deal 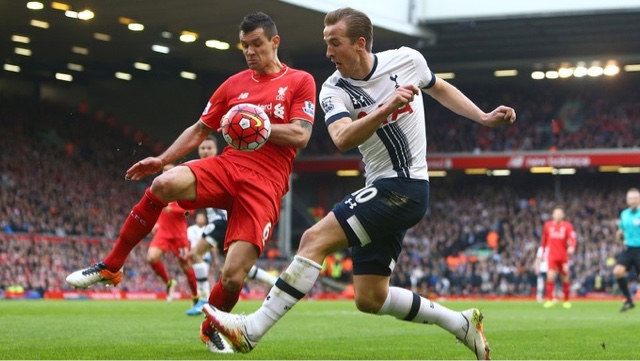 Image via itv.com
Sometimes a player catches the attention of the british public and as a pessimistic bunch we tend to sit back and wonder when it will all come crumbling down but to be fair to Harry Kane, he clearly has no interest in failing. He's been phenomenal this season and it was no different on Saturday evening.
A quiet start fooled most into thinking Liverpool would manage to keep the youngster quiet but just after the hour mark he put Spurs back level in absolute style. After Eriksen successfully kept the ball in play, a pass to Kane in the box lead to immediate danger for the Reds. Kane's turn was just wonderful and he instinctly knew where the goal was, finishing with an effort to the far post.
4) Daniel Sturridge isn't quite ready
It feels like I may be being a bit harsh here because Sturridge did have his moments in the game, firstly after collecting a lovely ball through from Coutinho but the forward took his shot too early in a situation he usually scores in. A header in the second half also flew just that bit too high for him to finish and he did of course assist the Coutinho goal.
However he just doesn't quite seem to be fully back yet, I don't know whether it's as simple as match fitness but his movement which is usually brilliant was lacking and he never seemed to be in the box when the break was on. I also felt when we made the Origi substitution we should have left Sturridge on, I've said this for several months now but I do wish we'd try 4-4-2 once in a while.
5) Are we prepared for Dortmund?
Finally, are we prepared for Dortmund? I'm not so sure. We play some really nice football, good attacking play with real pressure and high tempo but we only seem to be able to hold that style of play for 45 minutes or so, after that period, players appear to get tired and mistake prone. If we haven't scored in our ascendancy of the first half we tend to lose control of the game, we may go on to score but the opposition always appear to remain in contention, we never seem to really bury a result at the moment, can we afford to be like that against the Germans?
One plus of course is that this is a team Klopp knows like no other, setting his side up against them and deciding on his tactics should be relatively straight forward but we need to ensure we walk away from Dortmund relatively undamaged to be in with a chance in the second leg!
Coutinho Liverpool FC Premier League Sturridge Tottenham Hotspur
Follow @lfckirstylfc
FcTables.com
FcTables.com