Five Things We Learned From The Chelsea Game

1) Best ever finish with a black eye?

Who knew Dejan Lovren had it in him?! Opening up the scoring after 17 minutes, the defender pulled off a finish any striker would have been proud of. Not only this but his positioning and decision to remain up top meant he was in exactly the right place at exactly the right time.

I was pretty merry last night after several ciders in celebration but I still found myself questioning at 2am this morning in the taxi home "How'd he do that though? As if Lovren scored that".

I'm going to stick my neck out and say that is the best goal scored by somebody with a black eye. If you have any other entries please feel free to tweet me. 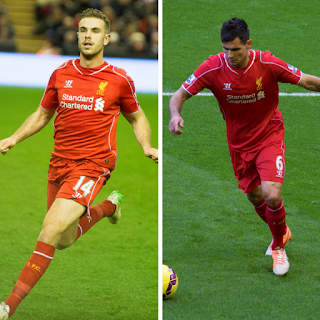 2) Jordan Henderson can get it right

I love Jordan Henderson, I honestly do but I find him extremely frustrating at times, none more so than when he tries to have a pop at goal from 25 yards out and ends up sending his effort out the ground. That wasn't the case on Friday night though after the ball splayed to Hendo in plenty of space he perfectly executed his long range effort sending the ball high to the right of goal.

It was a brilliant goal and the expression on his face when celebrating signalled what it meant to him. Jordan Henderson has always had and continues to have the potential to be a Liverpool great I just hope he can increase his consistency levels and maybe grab a few more goals because it's fantastic to see!

As mentioned in the preview post here on The Liver Bird, I suggested that Conte may face a tough test against Jurgen Klopp's Liverpool on Friday and he certainly did. Up to yet, Conte hasn't had to face any huge sides and Klopp's fast paced and pressing style completely caught the Italian off guard.

In the opening half Chelsea were made to look bang average by a confident Liverpool side. The Reds did fade in a similar fashion to the game against Arsenal however they managed to hold their nerve, even when Conte in what I felt was a very desperate act, decided to make a triple substitution late on. I still feel Conte will do pretty well with Chelsea but he needs a lot more than David Luiz in his transfer pocket to make any real damage in my opinion. 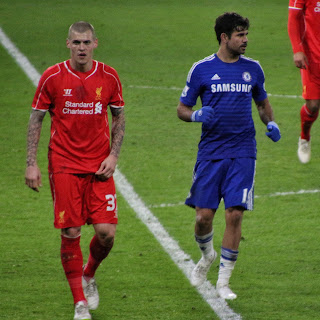 4) Diego Costa is overrated, yes I said it

Bias creeping in here definitely but honestly, is Diego Costa all that good? He's brilliant at what he does, don't get me wrong. If hanging around and being a bit of a brute apparently constitutes the making of a top class striker then fair enough but Friday proved that Costa can go utterly missing in a game unless he is served correctly by his team.

We've seen this ourselves at Liverpool especially with regards to Christian Benteke and for me, this is why Costa is slightly overrated. If he was a truly great striker he would bring more to his game, Chelsea would be able to rely on the Brazilian to create chances for himself and bring his teammates into the game with some box play but he doesn't, he just hangs around and annoyingly always seems to find the back of the net. If it works, I suppose it's all good.


5) Cracking start from the Reds

We're just five games in to the 2016/2017 season and I think we need to praise Liverpool's performances so far. Granted we messed up against Burnley, but if you think back to when the fixture lists were released and almost everybody was worried with our difficult start?

Ten points from five games that included a trip to the Emirates, a trip to White Hart Lane, a trip to Stamford Bridge and welcoming the league champions Leicester to Anfield... Well, that's not all that bad now is it?


Please vote for The Liver Bird!