on December 18, 2016
There's nothing like a festive Monday night fixture against Everton to get you in the Christmas spirit is there? After a solid win over Boro the Reds will feel more confident going in to this game but the Toffees won't have forgotten Liverpool's recent slip ups against Bournemouth and West Ham. 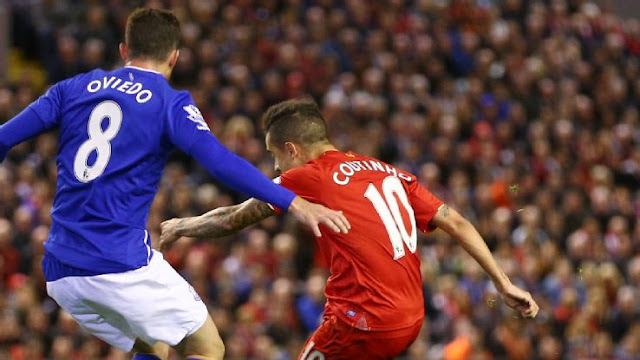 Both managers have some big decisions to make in terms of their line ups, namely the goalkeeping issue for Jurgen Klopp who opted for Simon Mignolet against Boro. Everton are unable to call upon Jagielka who is suspended and both Bolasie and Besic are out long term. For Liverpool, Can and Matip remain doubts while Coutinho and Sturridge also remain out of action.

This is the 227th Merseyside Derby and Everton have failed to pick up a victory in the last 12 meetings. The last time the two sides met was in April this year, an emphatic win for the Reds saw goals from Origi, Sakho, Sturridge and Coutinho.

The last fixture at Goodison was a bit more subdued as the game ended 1-1 with many frustrated at the lack of excitement during the game. To find the last time the sides met for a December fixture we have to go all the way back to 2005. The match at Goodison ended 1-3 with Peter Crouch, Steven Gerrard and Djibril Cisse on the score sheet. You may also remember that both Phil Neville and Mikel Arteta were sent off in the game.

Our top scorer Mane on seven goals is beaten by Lukaku who is currently on nine goals however you have to feel that with the additional firepower around Mane, Liverpool should be able to collect all three points on Monday evening. I definitely fancy Divock Origi to find the back of the net, he has been on top form of late and the more he continues to score the more I begin to wonder whether Jurgen Klopp is going to hold on to Daniel Sturridge in the new year.

It is bound to be a difficult fixture on Monday, when is it not against Everton but after picking up that important win over Boro I feel like the Reds are back on track and will want to continue their run with a solid performance against Koeman's side. At the time of writing Everton are currently 8th in the table while Liverpool are sitting pretty in second knowing a win is vital to close the gap on Antonio Conte's Chelsea side.