on January 12, 2017
It was a dire performance from the Reds at St Mary's on Wednesday evening as they failed to find the back of the net against an inspired Southampton side.

A strong team put out by Klopp was unable to produce any real efforts leaving the Saints keeper with nothing to do all game. In contrast, Liverpool's man between the sticks Loris Karius was arguably the only player worthy of praise on the night. He pulled off two or three superb saves to prevent the Southampton damage increasing. 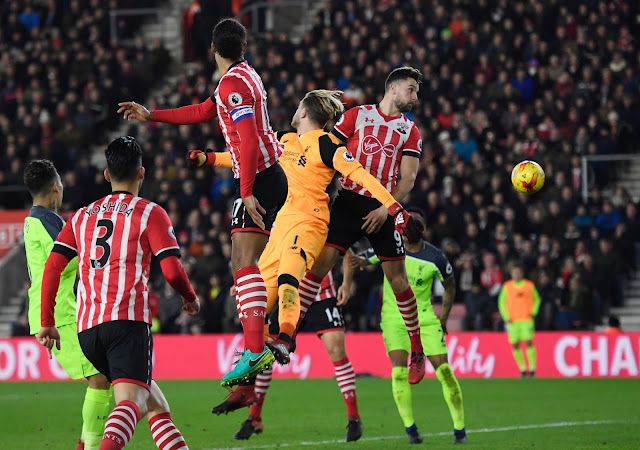 Daniel Sturridge, a player you can usually rely on for a pop at goal was extremely quiet yesterday. His highlight perhaps running around the field with a handwritten note from Klopp trying to show it's hidden message to Adam Lallana. In fairness to Studge I don't think it was entirely his fault, he was extremely poorly served last night. For me, we should have brought Origi on sooner. I've said it a million times but in games such as that of Wednesday night I honestly feel when plan A hasn't worked, why not try the two up top for 20 minutes?

Coutinho obviously helped but being rusty from injury it was always going to be a bonus if he did manage to sprinkle some of his Brazilian magic. A solid 20 for Origi and Couts on for about 10 would have been my preferred option.

Despite all this, Southampton's early goal is just that, one goal. I don't care who you are or what team you support, 1-0 over two legs means jack all. The objective remains the same, go out and win. You'd be a fool to back against Liverpool at Anfield in a semi-final.