on August 13, 2012
In the last friendly of the season for Liverpool, Sami Hyypia brought his Bayer Leverkusen side to Anfield on Sunday. It was brilliant to see Sami back at the club he spent most of his career at, I must admit, I've missed that smile of his.

Liverpool scored 3 goals in the game whilst Leverkusen could only find one return. Raheem Sterling scored the first, this young man is just oozing confidence. Taking on two defenders he then curled his strike into the back of the net, it was a cracking goal.

Lucas scored Liverpool's second with an easy tap in after a terrible clearance from the Leverkusen defender.  It's nice to see Lucas back and even grabbing a goal! Haha. The last goal was scored by the big man Andy Carroll, at one stage it seemed like he may be off but here's hoping Brendan has had a change of heart because Carroll offers "the trick up the sleeve" he's a contrast to what is expected from a Rodgers side and that may well aid us in some stages throughout the season.

Carroll's strike was definitely helped in by the keeper's poor attempt at a save but nevertheless, a goal's a goal.

Here are some snaps from the match all collected from www.liverpoolfc.com 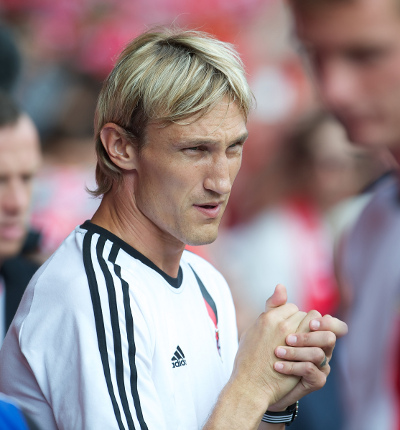 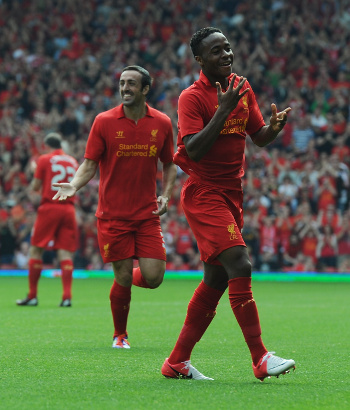 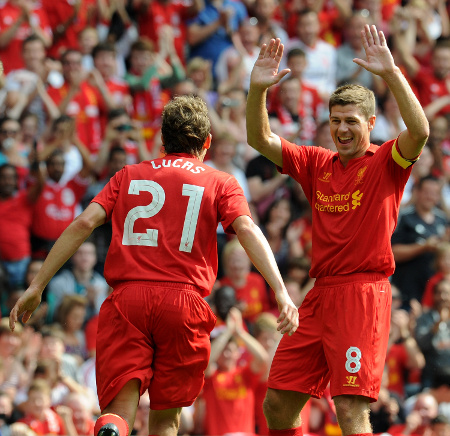 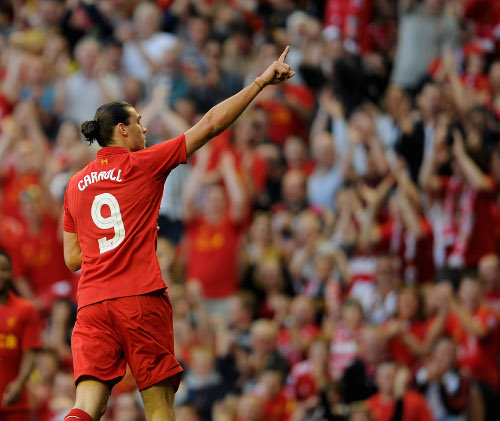