Post On Behalf Of EAD Solicitors Looking For Hillsborough Witnesses 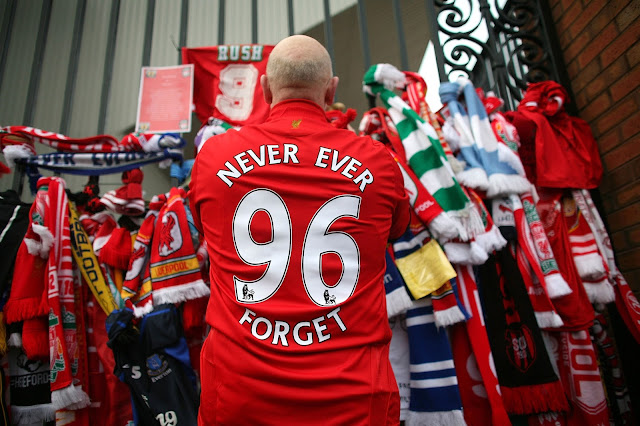 I was contacted recently by a group of solicitors who were looking to reach people that were present at Hillsborough or were witnesses to the unfolding disaster. I clearly stated in my response to the solicitors that I did not reside in Liverpool but I did have followers/readers from the city and so I wanted to help them if I could. I've always felt it of utmost importance to oust the truth about Hillsborough, especially as somebody living in an area where a lot of people are STILL unaware of the real story and so if this helps in any way possible then fantastic.

If you feel as though you can help EAD with their enquiries or you know somebody that can then please do not hesitate to contact them. The following section of text is from EAD Solicitors

The Hillsborough Stadium Disaster is something that provokes strong emotions in the heart of most Merseyside citizens, if not the whole of the UK. However, it is an event that has yet to have a clear truth confined to the history books.

The influx of supporters flooding into the cramped pens at the Leppings Lane end saw 96 fatalities with a further 766 injured.

For 23 years the people of Merseyside have rallied together in a tireless effort to see the verdict overturned. Thanks to years of refusing to be unheard, on the 19th December 2012, the families of the 96 saw the High Court quash the verdict which they had fought so hard to see dispelled.

Since then a new coroner has been appointed and a new inquest will commence in due course.
EAD Solicitors represent some of the family members who lost a loved one at the Hillsborough Stadium Disaster. EAD is appealing to anyone that was in attendance that day to come forward and provide evidence.

We want to know more about the scenes building up to the event right through to what happened afterwards. No matter how significant you believe the information you hold is it all pieces together as vital evidence and provides us with a clearer picture about what happened that day.

EAD understand that the survivors of this terrible event will never forget what happened, and that’s why we implore you to come forward to provide evidence so that we can obtain justice for the 96.

If you think you are able to provide evidence then call us on 0151 735 1000 and ask to speak to a member of our dedicated Hillsborough inquest team. Or alternatively email us at Hillsborough@eadsolicitors.co.uk.