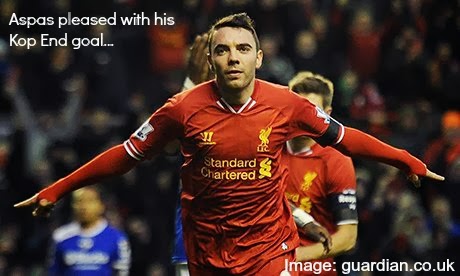 What should have been a straight forward FA Cup tie for Liverpool on Sunday at stages looked tenuous as the Reds struggled to stamp their authority on the game with a weakened XI. A goal from Iago Aspas in the second half settled what could have been a nervy fixture and an own goal from James Tarkowski late on ensured Liverpool's progress to the next round where they will face either Burton Albion or Bournemouth.

Oldham under their young manager Lee Johnson began the game in a very positive fashion, at times it was easy to question which side was the Premier League outfit. Whilst Liverpool could perhaps note the excuse that their side was weakened it wasn't really acceptable, the side on the pitch should have been performing much better.

In the first half for the Reds it was Luis Alberto who had the best of the chances for the home side, one shot taken perfectly, unfortunately flew wide of the post and Liverpool were forced to continue to withstand some Oldham pressure in the first half whilst creating flitting chances.

After the first 45 minutes it was clear that the Liverpool side would need an injection in order for the Reds to find a lead. Brendan Rodgers decided to make a double substitution bringing on both Lucas Leiva and Philippe Coutinho. They replaced Victor Moses and Luis Alberto.

The changes seemed to have an immediate effect with Liverpool creating chances instantaneously in the second half. First a header from Steven Gerrard then another from Iago Aspas went close. At 53 minutes though Aspas found himself with another opportunity.

A cross into the box from Raheem Sterling found its way to Iago Aspas who with a lovely finish sent the ball into the bottom right hand corner of goal.

Now ahead the Reds could afford to relax a little bit but things still hadn't exactly gone according to plan for Liverpool and Brendan Rodgers certainly didn't want his side to be forced into a replay.

A double substitution from Oldham just before the hour mark gave the away side a bit more life and at 75 minutes Brendan Rodgers felt it was suitable to bring on Luis Suarez perhaps worrying that Oldham may find a goal.

Luckily for Liverpool though at 81 minutes they had converted with the help of an Oldham player. After some consistent pressure from Liverpool the ball eventually found its way to Raheem Sterling who took his chance with a snapshot effort which then clattered off the leg of James Tarkowski and flew into the back of the net.

It was unfortunate for Tarkowski who had a good game but sometimes that's just the way it goes. Thankfuly for Liverpool the second goal now surely sealed their progress to the next round and the Reds successfully saw out the last few minutes of the game.

Liverpool will now face either Burton Albion or Bournemouth in the next round and I for one think we may fair better fielding a slightly stronger team. I get the reasoning around fielding a weaker one but it's a great competition and it's always nice to be in contention for some silverware and so I'd like a few fringe players next time with a strong core I think.

Apologies for not asking for your reactions on the game on Twitter, I'm a bit snowed under with revision at the moment!