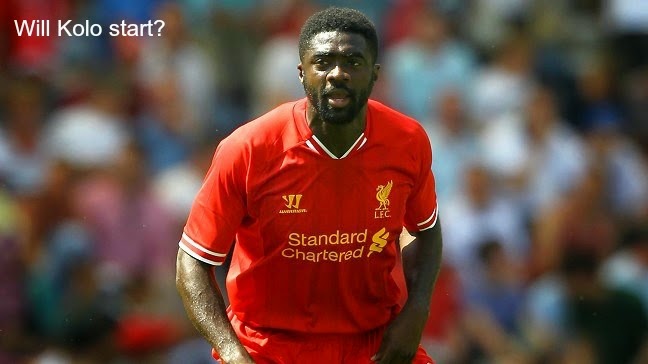 After putting on a rather gutsy performance against Real Madrid at the Bernabeu, Brendan Rodgers may find himself with several questions to be answered over who to field in the starting line up tomorrow. Whilst it is evident Liverpool were lacking in attack midweek they improved dramatically defensively and this could result in somebody losing their place in the back four.

Injury wise Liverpool still have a few men on the list. Daniel Sturridge firstly is still unavailable with a long term injury. Also out for the Reds are Enrique, Sakho and Flanagan. For Chelsea, they are very strong with their only injury worries; Remy and Mikel both expected to return back to the squad tomorrow.

The last time the two sides met was a pretty heartbreaking affair for Liverpool fans after that now infamous "Gerrard slip". The Reds would have probably been on their way to a 19th title if they could have held out against Chelsea but perhaps admirably Brendan Rodgers opted to attack Chelsea's double decker bus and hence suffered the consequences. Liverpool lost the game 2-0.

Prior to this game, the last time Chelsea won at Anfield was in May 2010. Drogba and Lampard were on the score sheet that day. In the last 10 meetings in all competitions Liverpool have won four and drew two.

This should, as always, be a very interesting match and thankfully for Liverpool it is at Anfield where they will have a better chance of gaining something from the game. I've said this so many times now but if Balotelli is chosen to start he needs to be supported, after Borini's performance against Real Madrid I would be very happy to see those two up front together.

Another unpopular opinion of mine is my desire to see Lucas in the team on occasion. I just feel he creates balance and against Chelsea could offer some much-needed protection. As for the defence, I've been calling for Kolo Toure to be returned to the back four for a while now and I would definitely start him instead of Lovren on Saturday.

I'll probably end up having a few bets tomorrow, realistically I think it's going to be a score draw however I'll probably place a bet on a 2-1 win, just for the positive vibes haha! And of course my favourite bet; Skrtel anytime.

If you are reading this on Friday night, please take a second to vote for me to win best #Female at the football blogging awards. Voting closes at midnight and I'd really appreciate the support. Simply copy and paste this sentence and then tweet it! Cheers!