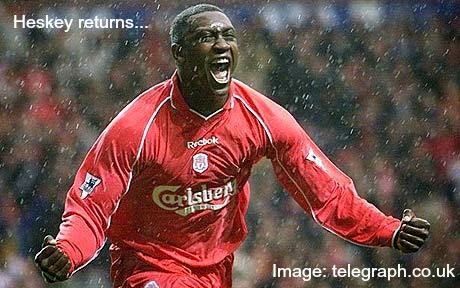 Liverpool welcome Bolton Wanderers to Anfield on Saturday evening for an FA Cup clash and in the process will welcome back ex Red Emile Heskey. He's sure to get a warm welcome as he steps out in front of the Kop but the Anfield faithful will be hoping his name does not end up on the score sheet.

A much improved performance for the Reds against Chelsea in the League Cup on Tuesday evening has put Liverpool very much on a high. The downside for Brendan Rodgers of course is that he will have to manage his team selection with one eye on the must win second leg against Chelsea.

Injury news for the Reds has been somewhat improved this week with Dejan Lovren, Mario Balotelli and Glen Johnson all back in training. For Bolton they have a growing injury list and are unable to call upon Lee Chung-yong, Marc Tierney, Craig Davies, Mark Davies and Max Clayton.

Bolton's last league game saw them notch up a win over Sheffield Wednesday. They currently find themselves 15th in the table however they have only lost one game in their last 10. Liverpool of course recently picked up a draw against Chelsea at Anfield and are sitting 8th in the Premier League having also lost just one of their last 10 games.

The last time the two sides met was in January 2012. A single goal from Craig Bellamy for Liverpool was no match for Bolton who put three into the Liverpool net via Steinsson, Davies and Reo-Coker. The last meeting between the sides at Anfield was a reverse scoreline with Henderson, Skrtel and Charlie Adam on the score sheet that day. Ivan Klasnic scored a 90th minute consolation goal for Bolton.

I asked you for your score predictions and whether you were excited to see old Ivanhoe back at Anfield and here are a few of the tweets I received:

You may have guessed it, but I'd love to see Balotelli start tomorrow or at least feature. There's no real excuse this time either because Brendan needs to manage his side for the Chelsea game so just bloody play him!!!

It will be a great game also for youngsters such as Rossiter to be given another chance and I would like to think whatever the team we will have enough to make it past Bolton. I might pop a few bets on but I'm working a match beforehand so keep your eyes on Twitter if you want to follow my useless tips haha!