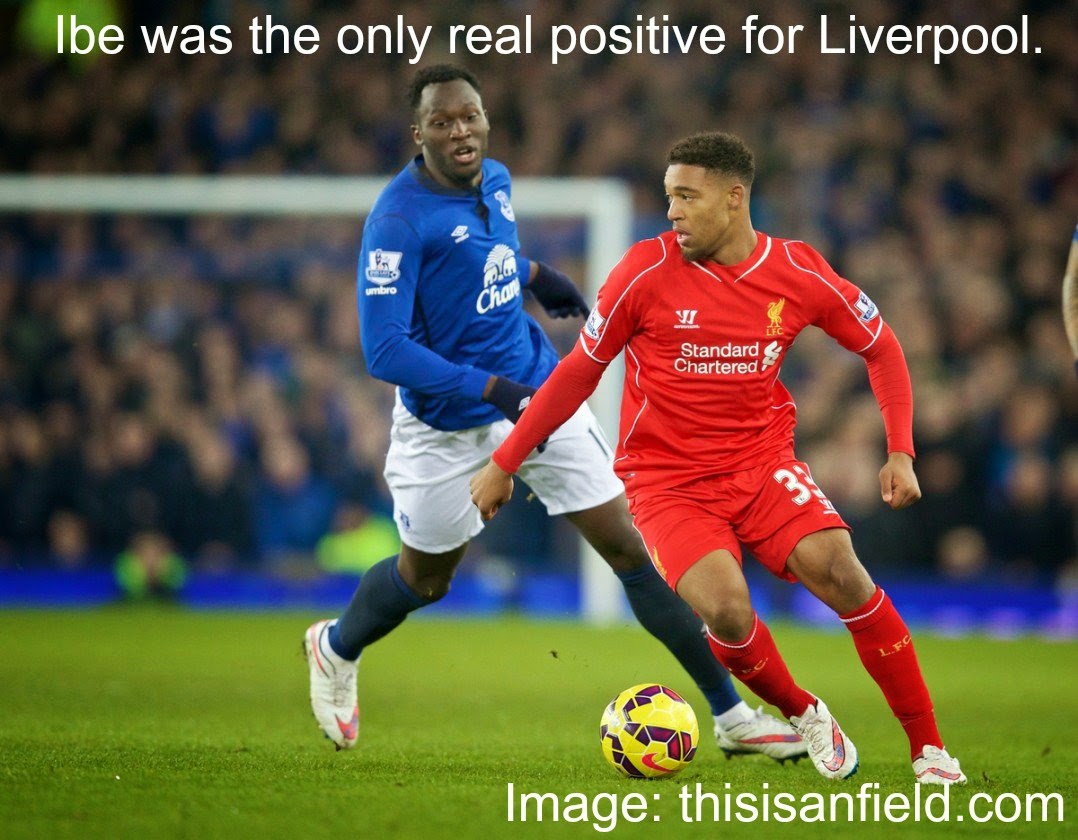 Liverpool came away from Goodison Park with just a point on Saturday evening as Brendan Rodgers' side once again created movement and strings of attacks but failed to score. Liverpool have been riding on the hope that Sterling or Coutinho will find the back of the net for several matches now and in the Merseyside derby it just didn't work.

It's no secret that I hate playing without a striker and whilst several fans keep telling me that this formation works, it is my opinion that it does not. Not with the personnel we are currently using anyway. Sterling for me needs to be placed in his natural position and we need to play with a striker. Whilst three at the back appears to have been working a treat lately also Mamadou Sakho is forever creating a lack of confidence with his poor ability to retain possession and choose the correct pass.

I don't want to complain too much because somehow, despite not playing brilliantly Liverpool are of course on a good run of form but I really don't like the set up at the moment and it annoys me when we're chucking on Sturridge and Lambert late on when they clearly have no time to create an impact.

Anyway... Back to the game.

The first half for Liverpool was littered with half chances from Raheem Sterling. As always his pace and skill caused issues for the opposition but Everton dealt well with the youngster. Unfortunately for Sterling whilst showing his prowess on Saturday he also showed his selfish side as he failed to pass to Jordon Ibe and Steven Gerrard on occasions that could have led to goalscoring opportunities.

He did however swoop in an early shot that deflected out to Ibe who was extremely close to converting a tap in for the Reds. Prior to this effort it was Steven Gerrard troubling Everton's keeper after a foul on Coutinho gave Liverpool a free kick.

The captain's effort went very close but Robles saved and denied the Reds the lead.

For Everton their best chance in the first half wasn't even really a chance. A cross from Coleman flew into the box and fell into the path of Naismith who seemed shocked the ball had reached him and failed to make anything meaningful with the chance for Everton.

The best chance of the game though fell to Jordon Ibe who was a ray of light for a predictable Liverpool side. A break from his own half saw him take on the Everton defence and with a powerful strike he was unlucky to watch his effort smash out off the post. It would have been a fantastic goal for the lad and a brilliant way to really bring the derby alive. But alas, we had to make do with more dire football in the second half.

Again it was Raheem Sterling having the most luck with the ball, a few shots from range were saved and it definitely looked like the Reds just weren't going to find the back of the net.

Steven Gerrard almost managed to make his last Merseyside derby a magical one in the second half with an acrobatic effort from a corner but a well timed block from Naismith prevented Liverpool from taking the lead.

Everton brought Barkley on late in the second half and almost capitalised on his introduction when he assisted Coleman who forced Simon Mignolet into action. The Reds keeper though was alert despite having nothing to do the whole game and ensured the match would end 0-0.

It was a terrible Merseyside derby to be honest, the most exciting moment was when Besic lashed out a bit at Jordon Ibe. Ibe was like, na I'm just gonna rise above it and walk off but then Henderson decided he fancied a ruckus and looked momentarily like he was going to kill Naismith.

@LFCKirstyLFC Why does Joe Allen evern feature seeing he has no impact on the game, bring on Markovic who is direct and able to score #lfc
— Ahmet Gocer (@AhmetGocer2) February 7, 2015

Next up for Liverpool is Tottenham Hotspur on Tuesday night.