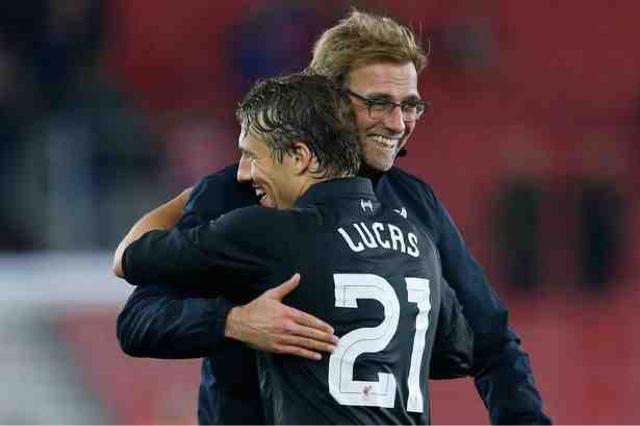 Image via mirror.co.uk
Liverpool travel to St James' Park on Sunday, after putting six past Southampton in the week. The Reds look like a formidable force under Jürgen Klopp and are performing even better away from home.
Injuries for Liverpool mean they are without Philippe Coutinho and Emre Can who is suspended for this game. Daniel Sturridge on the other hand could make his first start in the Premier League for two months. For Newcastle, they are without Mike Williamson who they have only recently recalled from Wolves where he was on loan. Tiote also looks to be a doubt for this fixture.
The last time the two sides met was in April this year when the Reds put two past a ten man Newcastle at Anfield. Our last trip to St James' Park ended in a loss when Perez scored at 72 minutes to seal all three points for the Magpies. In fact trips to Newcastle have not always ended kindly for the Reds but a 6-0 victory in April 2013 certainly stands out.
Liverpool are currently 6th in the league and depending on Saturday's results they have a real chance to apply pressure on the top four. Newcastle on the other hand find themselves 19th in the league having amassed just 10 points so far this season.
Stat Sandwich
* Liverpool have lost just one out of their last 11 games under Jürgen Klopp.
* The Magpies have dropped ten points from leading positions so far this season.
* Sturridge has scored six goals against Newcastle.
It's very hard to see past a Liverpool win on Sunday but Steve McClaren's side have surely got to end their rut at some stage. It's always dangerous to go into a game assuming you are set for a win but with the way the Reds are playing, especially away from home, it's got to be all three points for me.
If I pop any bets on tomorrow I'll probably have a 3-1 and my usual punt on Martin Skrtel. Enjoy the match folks, wherever you are watching!
Liverpool match preview Newcastle Premier League
Follow @lfckirstylfc
FcTables.com
FcTables.com