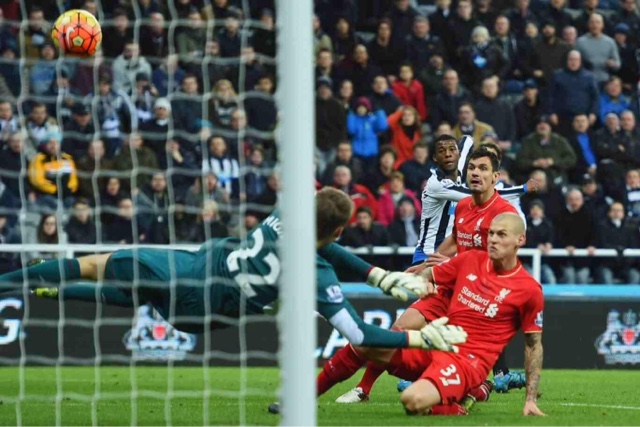 Image via standard.co.uk
Liverpool failed to get the better of Newcastle United at St James' Park on Sunday in what should have been a straightforward match for the Reds. Despite not being awarded a clearly onside goal, Klopp's side can't really complain after a persuasive performance from the Magpies.
Liverpool began the game with Christian Benteke up front. There was no room for hat trick scoring Divock Origi or the recently returned Daniel Sturridge and Jordan Henderson. While it is understandable the boss perhaps didn't want to risk the latter two so early after coming back from injury, I don't think the set up favoured Benteke who looked lost for the majority of his game.
I've said it over and over both before and since we signed Benteke, there is zero point in starting him if you aren't going to support him. I don't have stats for crosses yesterday but I can guarantee you it was a measly figure. Some argue that it is partly the striker's fault and that he doesn't move but I don't agree, he needs support and for me he'd get some of that by playing in a front two.
What was evident yesterday is that Klopp's favoured set up away from home definitely works better when Firmino had his compatriot Philippe Coutinho to play with. I also thought we missed Emre Can, a lot more than I was expecting in fact.
The first half resulted in no goals for either side and the Reds weren't evening threatening the Newcastle goal. It was frustrating to watch but as I said in the preview, McClaren had to get his side a win from somewhere and trust it to be against us.
We had to wait until just before the 70 minute mark for the first goal of the game. Unfortunately for Liverpool it was an own goal. I love Martin Skrtel and its horrible to watch him score yet another own goal but I felt like he had to stick a leg in after Lovren failed to deal with the imminent threat, he was just unlucky that he turned the ball into his own net.
Despite the introduction of Lallana, Sturridge and Origi the Reds couldn't get a real handle on the game. The most frustrating point for the Reds was having to watch a clear goal ruled out at 79 minutes. This bloody annoyed me I tell ya, it was a poor decision from the linesman, 75% of the Newcastle back four were playing Moreno on, it was bloody ridiculous. A goal there could have resulted in a completely different game but as I said previously, Liverpool can't complain too much based on their overall performance.
Three minutes into extra time and Newcastle landed their sucker punch. It was a lovely finish from Wijnaldum who capitalised on a break for the home side. It was a predictable end to a forgettable game for the Reds.
After watching so many teams drop points I thought for sure we'd get past Newcastle but it wasn't to be. Next up for the Reds is FC Sion.
Alberto Moreno Liverpool Match report Newcastle Premier League
Follow @lfckirstylfc
FcTables.com
FcTables.com