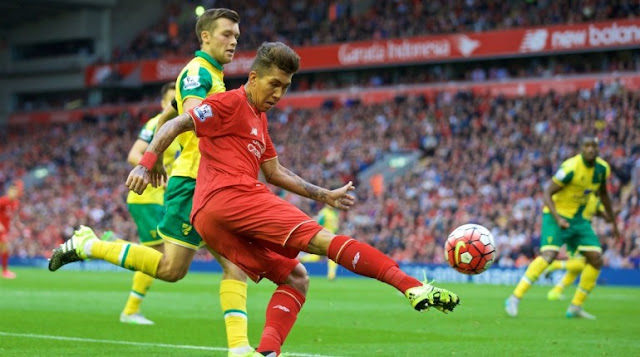 Liverpool travel to Norwich on Saturday afternoon and Jurgen Klopp has indicated that there will be no sign of forward Daniel Sturridge who apparently is 10 days away from fitness. The Reds enter this game on the back of a win over Exeter City and will be looking to get back to winning ways after defeat at the hands of Manchester United most recently in the league.

Injury news for the Reds obviously leads with the missing Daniel Sturridge but also still out is Martin Skrtel and it looks as though Adam Lallana will miss out on the game thanks to a muscle issue. For Norwich, they have received a real boost after signing Steven Naismith from Everton. Unavailable are both Gary O'Neil who serves a suspension and Andre Wisdom who is unable to feature against his parent team.

The last time the two sides met was is September last year, in a game that ended 1-1 the scorer for Liverpool was the missing Danny Ings. Our last trip to Norwich ended in victory with Luis Suarez on the score sheet, he appeared to thrive off finding the net against the Canaries.

In the last 10 meetings between the two sides Liverpool have picked up eight wins with the remaining two games ending in a draw.

As always, if you fancy a bet, I'd recommend my fave bookies Paddy Power, click the image below, deposit a tenner and put it all on one bet then get £30 free, limited time offer! Any questions drop me a tweet.

So this week I'm feeling quite positive about the game so I've been having a look at some of the higher score results. 3-0 is at 16/1 while 4-0 is down as 40/1. We may not have been finding the back of the net lately but I think we'll be given plenty of chances on Saturday so hopefully this time we can convert!
Jordon Ibe had a great game against Exeter and you can get odds of 9/1 for him to be the first goalscorer on Saturday while Firmino is down as 6/1.


Finally if you think the Reds will have what it takes you can get odds of 5/1 for Liverpool to win both halves.