on June 06, 2016
Hi folks, I hope you are all enjoying the summer! In the run up to the Euros I thought I'd do a quick post on the 12 Liverpool players who have made the cut.  The Reds have more players at the tournament than any other Premier League side and it could have been even more if Mamadou Sakho and Dejan Lovren were called up. Only Italian side Juventus have the same amount of representatives, six of which are included in Antonio Conte's Italy team.

Emre Can was perhaps one of the top three performers for Liverpool last season. Most fans would not argue against the German's efforts and it's clear he will be a mainstay in Jurgen Klopp's plans. It was no surprise to see him called up for the Germany squad however I must confess that I am unsure whether he will feature regularly under Joachim Low or just be a bit part player.

Either way he is a fantastic asset to have featuring 30 times for Liverpool in the league with an average passing accuracy of 81%.

Martin Skrtel fell down the pecking order at Liverpool last season and ended up getting a yellow from the bench in what could be his last game for the club during the Europa League final. While many fans have fallen out of love with the Slovakian I still think there is a good defender in there and while I cannot deny he had dropped in form lately I am certain he will play well for his country.

In a team lacking in big names it's Martin Skrtel and Marek Hamsik that stick out for Slovakia, despite this they have put in some good performances in their friendlies and having an experienced defenders like Martin Skrtel in their ranks will no doubt help them on their Euro 2016 journey.

Martin Sktel made 22 appearances in the league for Liverpool and according to Squawka made just one defensive error (leading to a goal).

I am also of course going to continue with tradition and bet on Martin Skrtel to be first or last goalscorer in the England game! 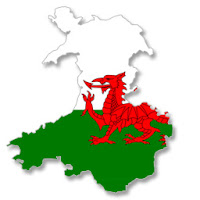 Ah, the Welsh Pirlo, I suppose I will have to make do with him seen as though the real Pirlo has been left out by Antonio Conte.

In all seriousness though, when we first signed Joe Allen I was underwhelmed to say the least but he's put in some fantastic performances for Liverpool lately, particularly when having an impact from the bench. Like the Italian master himself, Joe has been pulling the strings in midfield and I think he will be superb for Wales.

Danny Ward has been called up to travel with the Welsh squad but will be an understudy to the likes of Wayne Hennessey. Ward played twice for Liverpool last season and conceded two goals but he is still very young for a keeper at 22 and will hopefully gain some experience just by being present at the Euros.

What I will say for Ward is that at least he isn't so far up his own arse he goes on strike, Wayne Hennessey did that once, refusing to play for Wolves against Gillingham. Too good for League One Wayne? 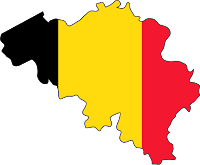 Another player who has fallen out of favour at Liverpool yet is still clearly a strong talent. The Belgian side for years now have been tipped as dark horses so it will be interesting to see whether they can pull something out the bag in this competition.

Christian in my opinion plays best with a partner or in a system that doesn't shy away from his presence, he relies on being fed, crosses need to be a regular occurrence, if they are, he will find the back of the net, left isolated, there is no point in him being present. I can't pretend to know how the Belgian national side prefer to set up and what their tactics are but you get the feeling Christian will cause an upset for the opposition at some point.

Divock completely amazed me last season, I can't deny that I held little hope for him as a player at Liverpool Football Club but his attitude and determination are just spot on. His two goals against Dortmund in the Europa League particularly stand out.

His movement, pace and tenacity will be huge assets to Belgian manager Marc Wilmots and I am really looking forward to seeing him play in the competition.

Again, I don't know but I assume that Mignolet is going to miss out on starting for his country thanks to Thibaut Courtois, which is perhaps ironic considering the bench could be his starting position next season too after Liverpool signed Loris Karius last month.

Simon Mignolet is undoubtedly a good keeper, he's just prone to mistakes and for some reason just does not make you feel confident as a fan. He was voted Liverpool's player of the year in the 2014/2015 season by former players so he must do something right on some occasions? 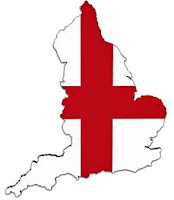 And on to England. I can't say I get anywhere near as worked up for England games, club always has and will come first but cider and the fact that five Liverpool players are present definitely helps!

Adam Lallana for me has had a frustrating season, I don't feel he is consistent enough and while in some games he can put in a vital performance he can also go weeks without me even really noticing he's there.

I'm not sure he will feature that often in Roy Hodgson's line up but he does offer a very interesting option from the bench.

Worryingly, Sturridge once again picked up a knock in the run up to the competition but he's fit and of course Roy has chosen him. Daniel Sturridge may be injury prone but his goalscoring record is up there with the best of them. I would love to see Daniel play in the starting XI but I don't think he's going to get a look in with both Vardy and Kane present. Roy bloody loves Rooney n'all, lord knows why as he's done nothing all season.

Jordan is a reliable player I feel and you know exactly what you are getting when he plays. A dependable passer of the ball who aims to work things from midfield for his strikers. He may not be the absolute best in this role and for me he still has a lot to learn but I get the feeling Roy Hodgson quite likes Hendo.

When you look at the selected midfield players for the Euros Henderson is perhaps the most level headed player, the others selected are clearly there for an attacking threat, Henderson offers the option of a more defensive and protective role.

Again, another player that some people may not rave about, especially if they aren't a Liverpool fan but once again, I think Roy likes him. James has had a brilliant season at Liverpool in my opinion. He made 28 appearances in the league and in the process created a massive 61 chances according to Squawka - 11 of which were direct assists.

According to the UEFA rankings, James Milner is the fifth best player at Euro 2016 so he has a lot to live up to!

Clyne made 33 appearances in the league for Liverpool last season and on the whole I feel he did pretty well. Compared to his fellow defenders he possibly was the most consistent player and his efforts often go under the radar probably because he doesn't do anything spectacular but he does do his job. That's all you want really!

His ability to burst forward could be a great option for England but I don't think he's going to be in Roy Hodgson's starting XI and is simply there for support to the squad.

Whatever team you are backing (It's England for me until they inevitably get knocked out and then I start backing my beloved Italians) enjoy the Euros folks!

P.s. - In all seriousness I actually think England are going to do ok under Roy Hodgson, he has chosen an exciting young side I just hope that for once all the promise actually leads to something!
Belgium England Euro 2016 Germany Liverpool FC Players Slovakia Wales
Follow @lfckirstylfc
FcTables.com
FcTables.com