on September 15, 2016
Antonio Conte isn't the type of manager to shy away from a fight and looking back at Chelsea's run of fixtures it looks as though Liverpool are going to be the first real test for the Italian. Up to yet Chelsea have faced West Ham, Watford, Bristol Rovers, Burnley and Swansea.

Conte has steered his side to four wins in the process and one draw in their most recent game against Swansea which ended 2-2. Despite hailing from a country renowned for its defensive capabilities (put on show during his time as Azzurri boss) Conte has been unable to shaw things up at the back with Chelsea only managing to keep one clean sheet so far this season (Burnley 3-0). 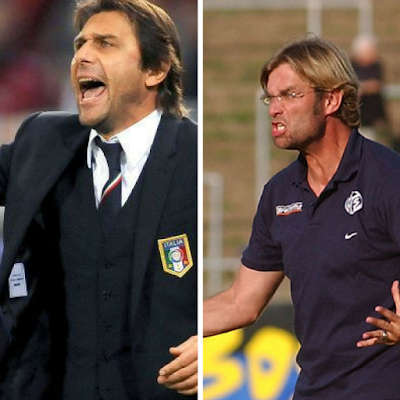 Conte may have the answer to some of his back four issues though as he announced in Thursday's presser that David Luiz would be brought in for Friday night's game. Most on Twitter however laughed at the fact the man Chelsea sold and then bought back from PSG is supposed to be the remedy.

It's no secret that I'm ever the optimist as a football fan but I honestly feel the change in line up will be good for the Reds on Friday. I fancy Mane to cause Luiz some problems.

Looking at Liverpool's recent results we also have our own defensive woes. It's for this reason that several fans have been calling for Loris Karius to start between the sticks for this match but I can't see it happening to be honest. If it was a side other than Chelsea then maybe, but I don't expect to see him start tomorrow which is a shame.

Despite being leaky at the back, in their last four Premier League games the Reds have scored nine goals. I fully expect us to find the back of the net at Stamford Bridge, the lads definitely appear to have clicked, especially when looking at the Leicester game and the bonus is even during that match we still had Philippe Coutinho on the bench to call upon. Jurgen Klopp has stronger options available to him this season and it's clear to see that he likes to tailor his side to the situation so it will be interesting to see which set up he goes for on Friday.

Injury news means John Terry is unable to feature for Chelsea. For Liverpool Dejan Lovren could return after suffering an eye injury.

An interesting stat to mull over before kick off:

Conte has not lost a match at home in a league set up as a manager since January 2013...


I still think we'll have um.

Enjoy the match folks, wherever you are watching! And please, if you haven't already, take two seconds to click this link and then click tweet to vote for The Liver Bird in The FBAs, I'd really appreciate your support!
>>> ctt.ec/IXc7a
Antonio Conte Chelsea Dejan Lovren Jurgen Klopp Liverpool FC Loris Karius match preview
Follow @lfckirstylfc
FcTables.com
FcTables.com