The Case of Karius

So unless you've been living under a rock these past few days you will have noticed the waves of criticism coming from all angles for Loris Karius. Including hilariously from the Neville brothers but Klopp shut them down so it's all good.

I think we can all agree after looking back at recent matches. Particularly the Bournemouth game, Karius cannot escape some of the criticism. I don't think anybody is willing to make excuses however is it the right level of criticism or is this pundits and fans alike picking on an easy target? 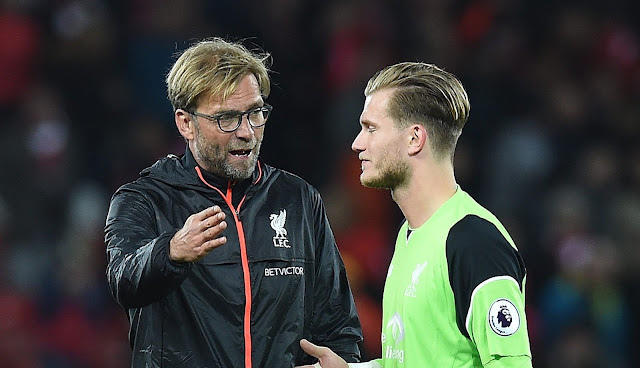 At 23 years old Karius is one of the youngest goalkeepers in the league. While a young goalkeeper can often be described as inexperienced and rightly so, is it not also true to say that at this young age he is still able to adapt and learn from his mistakes more quickly?

Not so much when he's coming out for corners at the moment but more so in response to the situation he is in. His put down to Gary Neville the other day was absolutely hilarious and it proves that he himself is convinced he can do this. It may not be working out right now for him but his determination will hopefully see him through.

Whatever we have seen so far this season, I'm sorry but you don't just make somebody the youngest ever goalkeeper to play in the Bundesliga for a laugh. The league is tough and Karius showed he could work well within a side attempting to fend off strong German attacks. In the 15/16 season he was ranked only behind Manuel Neuer. Can he change his fortunes and do a similar thing with Liverpool? Who knows but the fact he has that on his record must stand for something.

A positive when discussing his personal confidence and ability to deal with criticism but his confidence during a game appears non-existent.

There is nothing worse than a goalkeeper that makes you nervous. At least if they have conviction in their decision you feel as though they know what they were doing and it was just a bad decision.

With Karius at the moment especially from some set pieces I'm not even sure he knows what he's doing. First he's out then he's back in and his punches are often worrisome it's horrible because I genuinely feel like this may just be a bad patch for him, one he can recoup from but how long can we put up with a performance between the sticks like the one on show against Bournemouth?

As a goalkeeper you can never win they say, you're never praised for doing something right, only lambasted for doing something wrong. A big part of that is because goalkeepers are more often than not the difference between a win and a draw, a draw and a loss. If we're being super critical Karius has potentially caused us to drop five points in the space of a week.

3. Is he better than Mignolet?

I'm sorry to say this but I just don't think he is, whether he can be in the future is a different story but for the time being I would feel more comfortable with Mignolet in. Migs was having a decent spell before Klopp dropped him and he himself is by no means perfect but he's a stronger contender for me at the moment.

The only question of course is if Migs was brought back into the fold, would he bounce back to his previous form after being dropped? It could all just end in yet another disaster.