on March 30, 2017
The Reds welcome their blue neighbours to Anfield on Saturday and if recent match stats are anything to go by it should be a game filled with chances for the Reds. 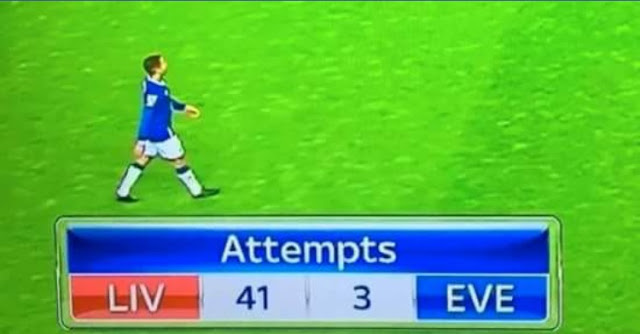 Liverpool are currently in 4th, four points ahead of Manchester United and six points clear of Arsenal but both of these sides have two games in hand. Then follows Everton who are in 7th matching Arsenal's 50 points but having played more fixtures.

Everton's last match was on the 18th March against Hull, the Toffees put four in the net thanks to Calvert-Lewin, Valencia and a brace from Lukaku.

Liverpool's last game came against Manchester City. I was in Turin at the time (if you haven't seen it yet, check out my blog post on my trip to see Torino v Inter Milan) so watched the match in our hotel room with Italian commentary. I know a bit of Italian but it didn't take a top translator to figure out what was being said when Lallana missed that sitter. The Reds however came away with a draw and to be honest I'd of taken that prior to kick off.

For the Merseyside Derby, Liverpool will be forced to play without Adam Lallana who picked up a thigh injury whilst playing for England. Some outlets would have you believe Henderson is going to return while others disagree so we'll have to wait and see on that one and apparently Firmino and Coutinho are getting a private jet in order to get back and prep. In positive news for the Reds though, Daniel Sturridge has returned to training.

Everton also have their own injury woes to contend with as McCarthy remains a doubt and Funes Mori has been ruled out with a knee injury. Seamus Coleman of course broke his leg on international duty.

The last time the two sides met was in December last year. A single goal from Sadio Mane on 90 minutes was enough to split the two sides. In April 2016 the Reds won 4-0, Funes Mori was sent off that day with Origi, Sakho, Sturridge and Coutinho on the scoresheet.

Everton haven't won a Merseyside Derby since 2010. A league game at Goodison Park, the Toffees scored two without a return from Liverpool.

The Reds should be a shoe in for this one but I can't help but worry. The Reds have walked away with some interesting results this season to put it politely and although we appear to play better in the games where the opposition really comes out to attack (which Everton will) I'm just concerned we might blow this.

The game is always a massive one but with the battle for 4th really hotting up and  the Reds sitting in a really good position knowing United and Arsenal are chasing, we simply must win this.