Seasiders Ready For Battle Of The Pools 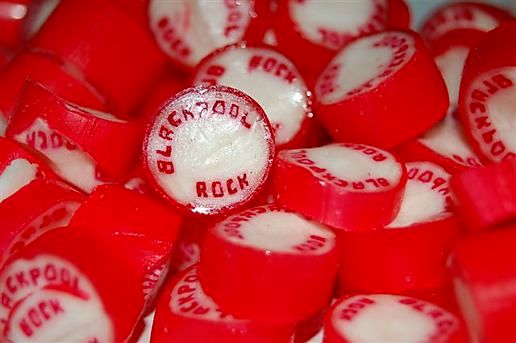 Will it be a sweet ending for Liverpool tomorrow?...
Premier League new comers Blackpool would usually be a blessing to read on the fixture list for Liverpool, especially at home. But after the Reds worst start in the top flight since the 53/54 season, all of a sudden confidence appears to be low.
In your head you still like to feel as though Liverpool will be down for a set win here, pop it on your accumulator it's a no brainer right? I hate to say it but tomorrow has a very strange aura about it and it feels as though if the Reds aren't careful they could be in for a kick in the teeth.
An almost fully fit Blackpool side missing only Alex Baptiste will be well up for this kind of game, along with the character and passion of manager Ian Holloway, if they can get an early goal who knows.
Of course we shouldn't and can't forget the mauling Blackpool received from title challengers Chelsea in a game they lost 4-0. Chelsea back in 08/09 were a team we were fighting with, now however it seems they are a million miles away. Making comparisons between the way Chelsea have played in the start of the season and the way we have... Well, it's a worrying realisation.
Liverpool have even more things to be concerned about with an ever growing injury list. Captain Steven Gerrard will be back after being rested for Thursday night but doubts looming over Martin Kelly and Daniel Agger, plus the injuries to Konchesky and Aurelio mean there is a serious problem concerning the left back position for tomorrows game.
It's easy to guess what will probably happen if all of the above players are unavailable and my prediction would be Carragher pushed out and Kyrgiakos drafted in, of course though this isn't a favourable set up and could cause problems.
Midfield tomorrow needs to be different i feel, why this Poulsen has been starting i seriously do not know. Meireles is looking good and when you can instruct Lucas to attack or be more defensive then why not utilise them as a pair in midfield?
All eyes will again be on Fernando Torres tomorrow as fans and football critics alike will look to analyse his next move. His last goal against West Brom was perhaps helped by the lower caliber opposition, what i fear now is that even if he does score tomorrow, world class goal or tap in, fans and the media especially still won't be satisfied and use the old "I could score against Blackpool." line. Either way i don't care, a goal will do the lad good.
Marlon Harewood is top goalscorer for Blackpool and will probably be their most consistent threat throughout the game.
Blackpool Daniel Agger Fabio Aurelio Fernando Torres Konchesky Liverpool FC Martin Kelly
Follow @lfckirstylfc
FcTables.com
FcTables.com